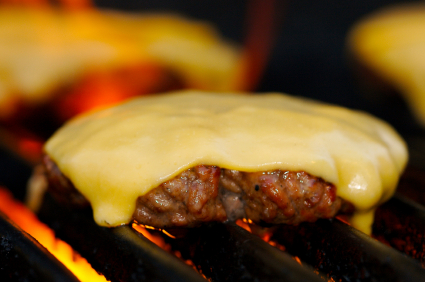 Please welcome my good friend Amanda Rose from Traditional Foods. She’s passionate about food science and health, and works hard (with her mom) to find the best compromise between science and flavor.

A big beefy burger may be just what you need to battle depression. If the steer that makes his way to your backyard barbecue lived his life in the pasture, he may be just what the doctor ordered.

The hamburger, much aligned for its saturated fat and guilt-by-association-with-the-fast-food-industry, is not considered by most of us to top the list of health food — but not all burgers are created equal.

Most steers spend part of their childhood grazing on grass in the mountains or prairies. By the time the steers reach their teen years, they meet in a feedlot and enjoy a diet of corn for two to four months. Just as a corn-based diet fattens up the best of us humans, the muscles of those steers become marbled in fat and a fat layer forms under their skin. It is that fat that makes our charcoal barbecues dance with fire and it is that fat that makes our burgers so tasty.

That same corn-fed fat also contributes to our depression.

The free-range, grass-fed steer, on the other hand, stays lean and mean with a fat content and fat composition that can actually help our mental health. (As the feedlot steer eats the corn, his fat composition is transformed from one that includes the Omega-3 fatty acids EPA and DHA into one devoid of these healthful nutrients.) 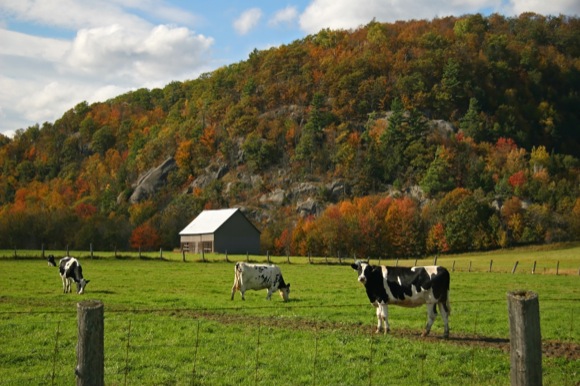 Our ancestors received much of their healthy fats from wild game, free to graze on grasses in the hills and valleys of the country. In centuries past, our ancestors consumed much higher levels of Omega-3s, levels at a 1:1 ratio with their cousins the Omega-6 fatty acids. As the feedlots have become the final watering spot for American cattle, and as Americans have developed a taste for a burger a little more tender and juicy, the ratio of Omega-6 to Omega-3 fatty acids in our diets has become 20:1 or more.

We eat far more Omega-6 fatty acids and far fewer Omega-3 fatty acids than our ancestors — and that may be one reason that depression strikes so many of us. Those of us with depression tend to have low levels of Omega-3s in our blood or a high ratio of Omega-6 to Omega-3 fatty acids (Tiemeier et al. 2003): we have a blood profile that looks more like the fat profile of feedlot cattle than that of grass fed cattle. The Omega-3 eicosapentaenoic acid (EPA) has been found effective as a depression-fighting nutrient in clinical trials (Su et al. 2003, Stoll et al. 1999, Peet et al. 2002). Low levels of the Omega-3 DHA have been implicated in postpartum depression as well (Stoll 2002).

So, those of us with burger-mania can keep the (right kind of) burger in our diets and smile as we reflect on some of the reasons we’re making such a good choice:

Imagine your opportunity: You’re at a family barbecue eating your burger and you are asked: “You eat hamburgers? I thought you were a health food nut!”

You can whisper, “This isn’t any old hamburger. This burger is what keeps my brain so sharp!” 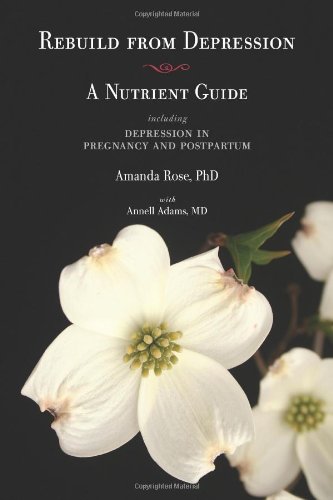 [Back to Wardee] Don’t you love it? I do! And here’s a bit about Amanda’s book, Rebuild from Depression:

Rebuild from Depression: A Nutrient Guide, Including Depression in Pregnancy and Postpartum identifies seven nutrients most commonly associated with depression in the medical literature, including Omega 3 in fish oil, B vitamins, vitamin D, iron, magnesium, and zinc. They provide readers with tools to: (1) Identify a nutrient deficiency, (2) Locate the best supplements / vitamins for depression, and (3) Select and prepare foods to maximize those nutrients in their diets. The book opens with Rose’s biography of depression and psychosis. She makes a compelling claim: My grandmother died at the age of sixty-one from complications of postpartum depression. Rose argues that her grandmother showed signs of nutrient deficiencies in her twenties, did not correct them, and suffered a life of depression, diabetes, and heart disease, all of which share a common nutrient deficiency: Omega 3 fatty acids. (200 pages; $19.97)

Amanda Rose, Ph.D., lives on five acres in the Sequoia National Forest with her two sons, the second of whom was born to a depression-free pregnancy. She works with her mother Jeanie on the Traditional Foods website providing nutritious recipes and food science and health tidbits.

What does a good (grass-fed) hamburger do for YOU?