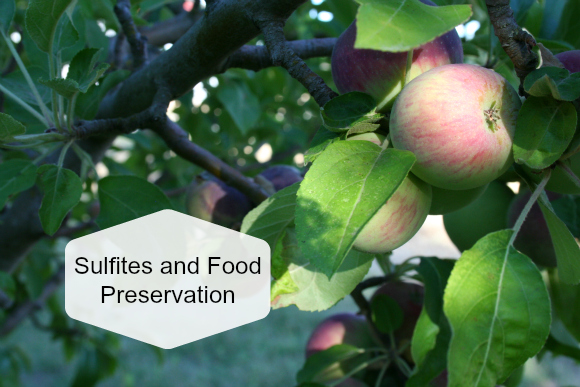 Here for Simple Lives Thursday? We will no longer be hosting this weekly blog hop. I’m sorry about this, but I know you’ll find other reasons to visit regularly, whether Thursday or any day. 🙂 And… you can still do SLT with Diana at My Humble Kitchen, or with the new host, my friend Millie at Homespun Oasis (here’s today’s SLT post). –Wardee

Sulfites are primarily used to create a pretty product by stopping the natural browning process of produce. Apricots stay that plump orange, and those golden grapes don’t turn ugly. Sulfites also kill bacteria and fungus, giving foods a longer shelf life. And they slow the natural breakdown of vitamin C and A, lending to the claim that sulfites ‘preserve nutrients’. All very helpful. 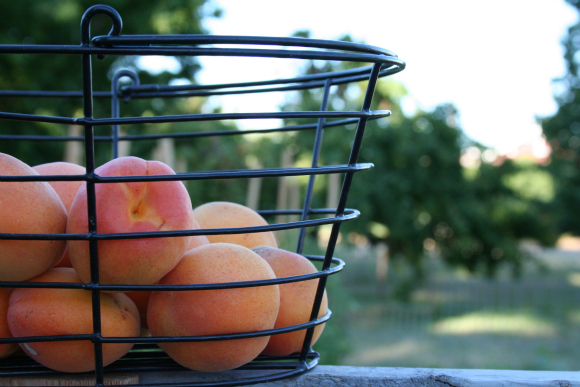 The FDA lists sulfites on it’s generally recognized as safe list, where it also says “the biological effects of sulfiting agents are still incompletely understood”. It’s not mentioned that industrial sulfites are linked to neurological, gastrointestinal, and respiratory problems. Trace amounts of sulfites have been known to cause hives, vomiting, wheezing, and anaphylaxis. Asthmatics are declared to have a higher risk of reaction.

The produce that goes into my dehydrator doesn’t get much prep, and comes out great. Apricots and persimmons do turn a little brown, but no one seems to mind and it certainly doesn’t affect the taste. If you are concerned about the browning of your home dried produce, you can always enlist the help of a natural lemon juice soak before loading your dehydrator. (You can learn how to do this, along other natural ways of prepping foods for drying, in Wardee’s Dehydrating eCourse.)