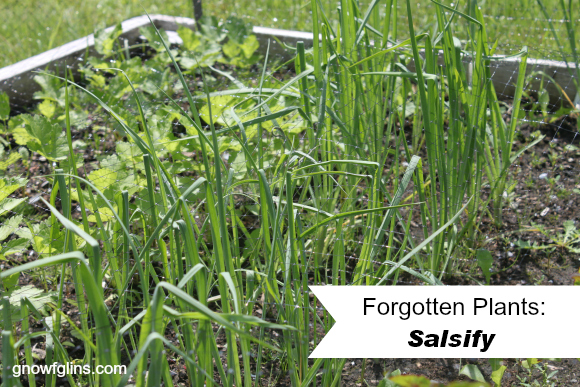 Forgotten Plants: once prolific in the kitchen gardens of our ancestors, but now so rare that the average person might never have even heard of them. Many of these deserve to find space in our gardens again! This is the fourth post in the series.

Salsify. This is where my “forgotten plant” adventure began. It started with a small plot of land, a dream of a simpler time, and The Handy Reliable Cook Book written by Mrs. Jane Warren. The cookbook originally belonged to my great-grandmother, and was published in 1892. I was enchanted with the idea of recreating recipes from a simpler, less-processed era of food production and was determined, in Julie/Julia style, to cook my way through the book.

It didn't take long for my cookery dreams to come to a halt as I struggled with strange measurements, scant directions, and a call for ingredients that you just don’t find around your local grocery store (a whole ox-head for instance). But the passion for re-discovering some of the lost ingredients and cooking skills of the past remained, and it began in my vegetable garden. 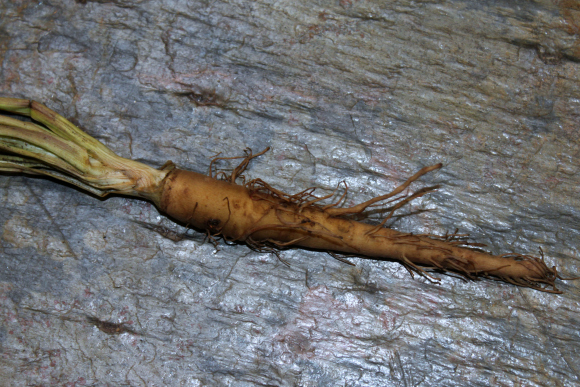 There are several Salsify recipes in The Handy Reliable Cook Book which led me to believe that this plant must have been a staple in most late 19th century homes. In fact, the history goes much further back, as it was a popular vegetable of the Romans, even making its way into artwork in Pompeii. Cultivation began in the 1500s, and the root reportedly made its way to America in the 1700s. It has also gone by the name “goat’s beard” in it’s wild form, as well as “oyster plant” and “vegetable oyster” in more cultivated varieties.

How to Grow Salsify

Salsify is a root vegetable, growing in a similar manner to carrots and parsnip. The root is long and thin, beige on the outside and white in the middle, and the leaves grow thin and tall, almost like a thick, sturdy grass. Seeds are planted in a sunny location in early spring, as soon as the ground can be worked, and the roots are not harvested until after the first frosts of fall. Harvest continues as long as the ground is warm enough to dig. If left in the ground until spring, the plant will bloom in the second year. This is only my second year growing salsify, but I have found it to be one of those plants you sow in the spring and forget until fall — except perhaps for a little weeding. 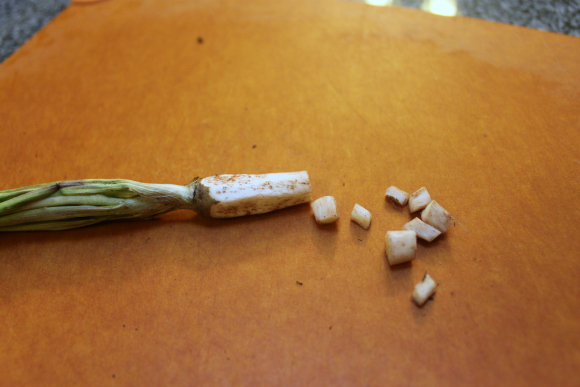 The name “oyster plant” was given to Salsify due to a flavour that is reminiscent of oysters, although I have also heard it described as “nutty.” It does not store well out of the ground, so is best harvested and then eaten in short order. The tops are also edible, harvested in early spring and with a flavour that has been described as similar to fiddleheads, asparagus, or chicory. I have also read that the flavour of the tops is better in the second year, should you decide to over-winter your plants.

Although I have not been able to test out any new salsify recipes this year — I had to leave my own salsify crop behind in August, long before it was ready to harvest — I came across several in my research that I am eager to try. The greens can be boiled and served with butter, or added to salads as a raw green. The roots are very versatile, and can be cooked to eat alone, added to soups or stews, thrown in an omelet, scattered around a roast to cook in the juices, sautéed with other vegetables, or formed into fritters. The original wild version of the plant was boiled and then mashed, rather like a potato.

Salsify is high in nutrients, especially vitamins A and C, as well as calcium, iron and phosphorus. It may also help the reduce impurities and toxins in the blood.

If you happen to be lucky enough to have this interesting old plant in your garden, I will leave you with this intriguing recipe for Salsify Tart. It is taken, of course, from the pages of The Handy Reliable Cook Book. I have copied it directly as written and typical to all recipes in the book, it does not have exact amounts, which just adds to the fun, don't you think?

Boil the salsify in milk until tender, adding pepper, salt and butter when ready to serve; stir in two or three well beaten eggs, taking care to not let it boil afterward; pour over slices of well toasted bread.

Have you grown or cooked with Salsify? What are your favourite ways to use it?

Andrea is an artisan and teacher trying to live a handmade and homemade lifestyle with her husband in Eastern Canada. She is passionate about growing her own food, cooking healthy meals, using herbs for healing, nurturing creativity, and finding joy and blessings in the every-day moments of life. She writes about all of this, plus her adventures in sewing and crafting and bringing children’s drawings to life at Artisan in the Woods.