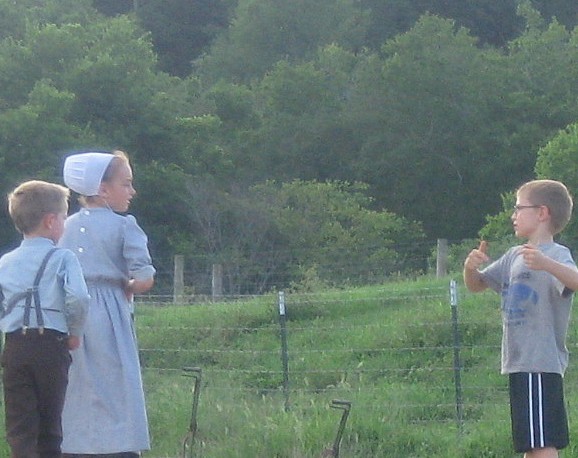 Ordinarily, our family retrieves raw milk from our friends with a cow share program. Their milk is wholesome, creamy, and craved by all the little mouths in my home — and a fair deal less expensive than the $10 a gallon we used to pay in the Arizona desert.

Recently, our friends informed us that their milk would go dry for a few months while they weaned their cow in preparation for a calf. So we would need another raw milk source for a few months. Soon after finding this out, I learned that an acquaintance' family had a surplus of milk. I was thrilled to think a difficult transition had just become simple. However, when we actually tried the new milk we found it to be a bit too sour and salty for our liking.

Our milk source quest continued, to no avail, within 20 miles of our home. Then through a series of events — which included being almost stranded on an old country highway on the way to celebrate my husband’s birthday — we met a local Mennonite family. After our chance meeting, and swapping phone numbers, our journey to finding a new milk source began. And so much more.

By the providence of God, upon contacting this Mennonite family to get a referral to a raw milk source, the wife and I engaged in a wonderful conversation. We talked about stewardship: stewardship of time, resources, and the way we fed our families and animals. One concern in particular especially resonated between us — the desire to find a local source of soy-free, non-GMO, affordable chicken feed.

By the end of our conversation I had almost forgotten why I called in the first place, but she thankfully remembered and shared the number of her friend who had a surplus of “pet food” raw milk to sell. Then our conversation ended with the hope of bringing our families together sometime in the near future; and with me feeling a bit better off than when I first began the call.

I made contact with the potential raw milk source. To my (pleasant) surprise, I learned that GMOs were not a part of their diet, but rather abundant grass, and local hay/alfalfa as needed for supplementation. In addition, the milk was less expensive than our previous price! Our last tests would include a look at the farm, the cow, and where the milk was stored — sealing the deal with a taste of the milk. (They passed them all.) 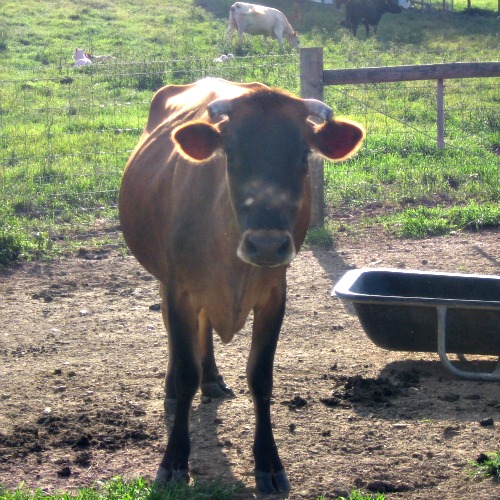 Upon arriving at the farm, we found a young mother with her brood of three young ones at her waist; a clean, almost sparkling home; and healthy looking animals. The kids held newly hatched chicks up to our children and shared moments of staring at one another to figure out the likes of each little person before them.

Since that very first visit, we have returned, week after week now, for a few months, every Tuesday afternoon. Usually, we go as a family, and have found ourselves progressively spending more and more time with their family during each visit. I have gotten to know the young Mennonite mother, week in and week out, and have shared many a conversation with her. I have watched her train the little ones at her side with joy, speak of her milking cows, providing healthy meals for her family, and reflect upon her love and admiration for her hardworking husband.

She has also shared loss in her life: the loss of two brothers, each in separate tractor accidents, and the loss of another brother to the ways of the world. She lives with pride in her community. She is a second generation Mennonite, her parents joining that order when their children were young. I have listened as she speaks of living in a community, sisters down one lane, her parents over the hills yonder, and her husband’s kin across the creek. She is quiet, calm, and joyful; content with little, and proud of her lot in life. Her heart is devoted to her work, but most of all, to the Lord, her husband, and children.

One Tuesday, after packing our milk in the cooler, the mother and I stood talking. A few times our conversation was briefly interrupted; she stopped to wave at her mother driving by, and then her sister-in-law. Nearby, our children played together around the barn, dogs in trail and little goat kids “maaing” all around them.

As I watched the exchange between our children, I felt the significance of our two “worlds” colliding. My family represented one world: more modern and dependent upon certain goods derived from outside our home. The Mennonite family represented the other: more simplistic and dependent upon the work of individual hands and the contribution of others in their community.

I mention this, not to bemoan the differences between either world, but rather to express my thankfulness for that moment and many others past. I am thankful that our convictions about food and community have allowed me to converse and pray for the woman and family who provides our milk. I am thankful that I can learn from the simplicity of her life and the community of which she is a part. I am thankful that we no longer frequent a supermarket shelf for anonymous milk. And I am thankful for others in the Lord, stewarding the land for His glory.

As I remember the series of somewhat unfortunate events — beginning with losing our original good milk source and then almost being stranded on the way to celebrate my husband’s birthday — I am reminded of the sovereignty of the Lord’s hand in our lives. His ways are infinitely better than ours. Our Tuesday milk runs serve as a constant reminder of His goodness and providence.

Where do you purchase your milk? Do you have a story of God’s sovereign hand at work in your life even in the little things? Have you gotten to know the people behind the food you consume?