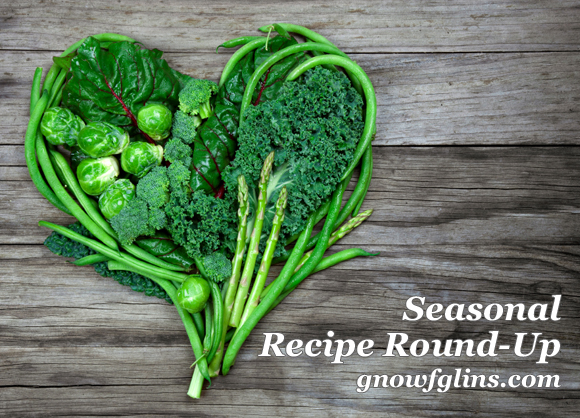 Thank you to all who contributed to last week's seasonal recipe round-up featuring spinach. I selected three recipes to feature, and below I'll tell you why.

Remember, you can continue to add your spinach recipes to last week's round-up. And join us next Friday, the 25th, for a round-up featuring rhubarb. 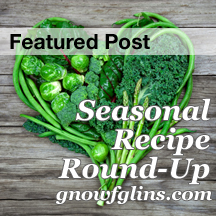 Here are the spinach recipes I chose to feature. As you look through these and the others in the round-up, you'll see that almost none of them call for steaming the spinach before using in the dish, as we discussed one should do to reduce oxalic acid.

I really think this is okay. Maybe not ideal, but not detrimental if done occasionally. The first two recipes could easily call for pre-steamed spinach, in my opinion. The final recipe could, too, though it might suffer in texture. In any case, enjoy browsing and give these bloggers a pat on the back for their tasty contributions! 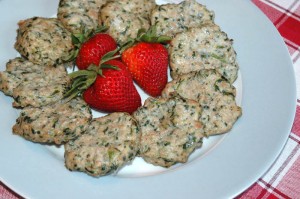 Chicken and Spinach Sausage from Debbie at Easy Natural Food. Debbie makes her own breakfast sausage so she knows exactly what goes into it. (Have you seen the ingredients list on most packaged sausages?) These little beauties look terrific. Since we like to make our own sausages, too, and we're growing a bunch of spinach, I'm saving this recipe to my Evernote for later. Thanks, Debbie! 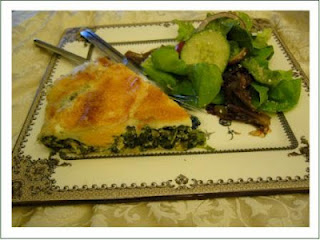 Spanakopitta with Eggs from Madeleine at NZ Eco Chic. Madeleine loves spanakopitta and she adapted a recipe to create her own featuring spinach. She says it freezes very well, though it doesn't last that long. It calls for three sheets of phyllo, and to be honest, I've never run across a whole-grain substitution for this. Does anyone have any suggestions? With only three sheets, and it being white flour which lacks phytic acid, it probably isn't a big deal to just leave it be. Unless you're allergic or on GAPS, of course. 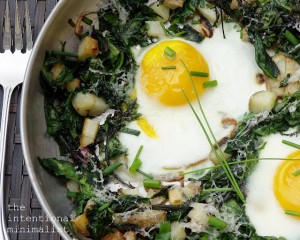 Spinach and Kale Rabe Baked Eggs from Kristin at The Intentional Minimalist. Gorgeous, isn't it? Using not only spinach but other seasonal vegetables as well (kale, chives, shallots, and eggs), serving this dish would bring joy to any table. Mmm…

Go check out the rest of the seasonal recipe round-up because many recipes look temptingly good!

Here's our round-up schedule again, so you know what's up ahead.

All seasonal recipe round-ups are (and will be) listed on the Recipes page.

Have a blessed weekend, everyone!

P.S. Just a reminder: don't forget you can get 10% off your orders at MadeOn Hard Lotion through May 31, 2012 by using coupon code gnowmay12. Click here to browse or buy.