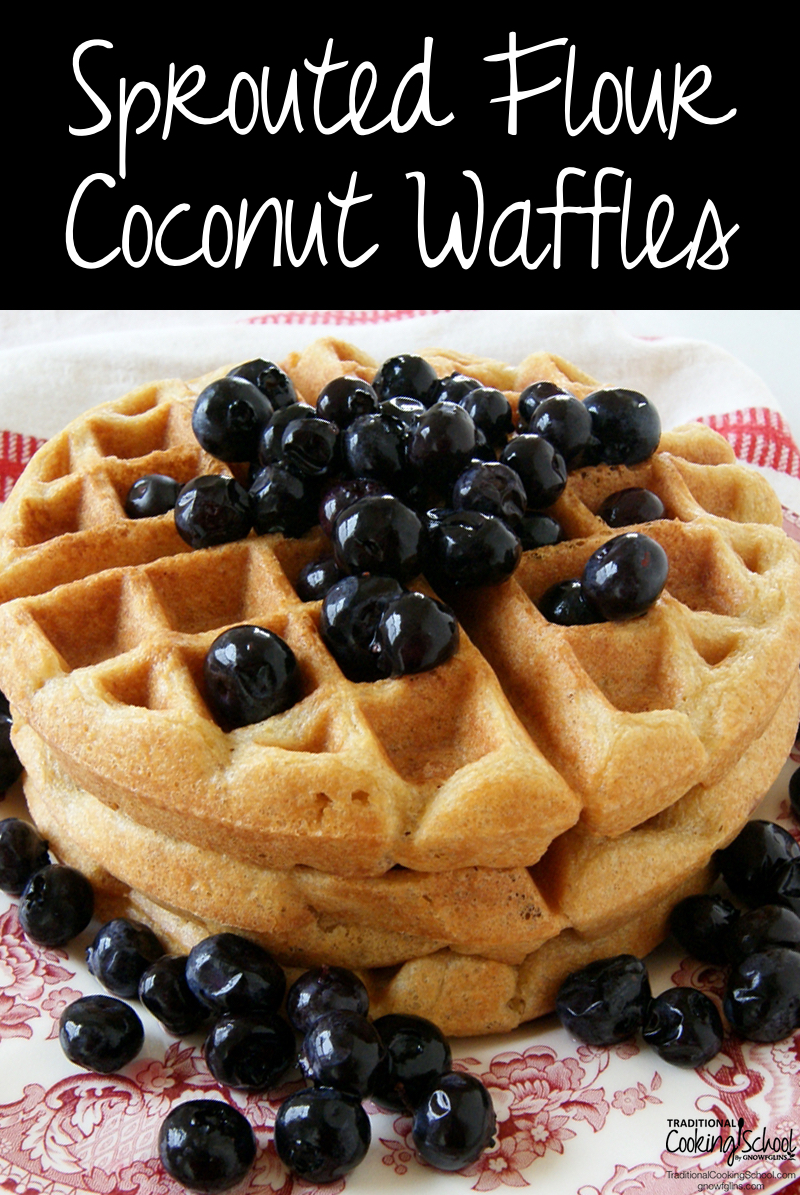 This recipe was accidentally created one snowy weekend morning. In my opinion, snow is always the perfect backdrop for a breakfast of waffles in front of the fire — waffles made with sweet cream butter and buttermilk. So, as my husband set to work on a fire in our wood stove, I plugged in the waffle iron and set to work on breakfast… without making sure I had all of the ingredients beforehand.

I beat the eggs, added the flour, and reached for the cultured buttermilk only to discover that we were out. It was time to improvise and all I had was a can of coconut milk. While forming a plan B in my mind should it not turn out, I dumped the can into the batter and added the remaining ingredients, using coconut oil instead of my usual melted butter.

The coconut milk, coupled with coconut oil and sprouted pastry flour (spelt or soft wheat), made for a stack of waffles with the best texture and flavor we'd ever had. (Not to mention that there was no soaking or souring prep time because I used sprouted flour.)

We decided the coconut milk would replace buttermilk in all of our future waffles!

We served ours with cultured butter, Grade B maple syrup, and frozen blueberries we picked last summer. However, while eating the leftovers this week, I decided that these would also make a great base for a savory option. Simply eliminate the optional sweetener of your choice and top with curried chicken, raisins, and coconut.

The coconut flavor coming from the milk was enough for us, but if you decide that it is too subtle for your families' preferences, feel free to sprinkle some unsweetened, shredded coconut into the batter. 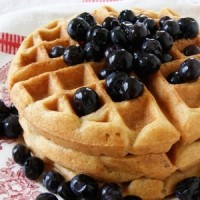 Are you a fan of skipping the soaking or souring prep by using sprouted flour? We are, too! Be sure to let us know what you think of this recipe!