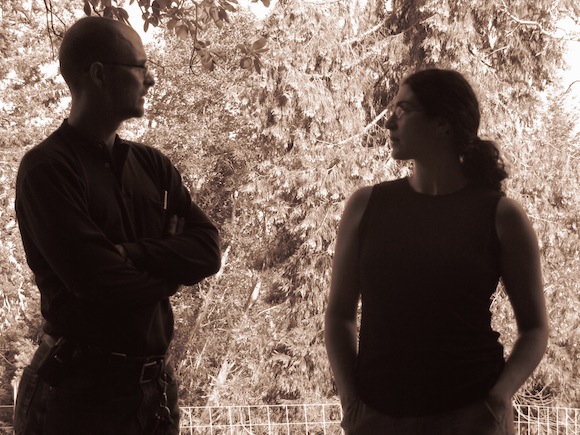 When I shared the differences between GAPS Intro and Full diets, I promised I would tell you about our experience with Intro. That’s what I’m sharing today.

This post is more anecdotal and journal-like. In fact, I’m pulling my thoughts from a GAPS thread going on in our eCourse forums. It just so happened that another member and I started Intro GAPS around the same time! Below you’ll find my (slightly edited) posts from that thread.

Last summer, my husband and I followed a very loose GAPS diet that I called “the GAPS diet for the family with a milk cow.” 😉 Basically, we eliminated grains and sweets (except honey). Our only dairy was fermented. We continued to eat meats, veggies (including starchy), broth, good fats, fermented foods, etc. I experienced a few months free of seasonal allergies. I’m not sure my husband noticed any improvements in his on-going issues of low energy, fatigue, joint pain, and more. In fact, I’m pretty sure he didn’t.

Then about November, we went back to a regular traditional food diet, with the properly prepared grains, etc. My allergies came back with a vengeance. Worse than ever. I got so sick of food (which never happens for me) and I put on weight. My son’s eczema came back for the first time in many years. My husband got to the point where he couldn’t eat anything without gas, bloating, digestive upset, and feeling just horrible. So… after enough months of that, we figured it was time to do GAPS for real, and in particular, the Intro diet. We began that on April 1, 2012 — my son, my husband, and me. (Not my daughters, though by default their diets became mostly GAPS.)

April 2. We started intro GAPS yesterday… my husband, my son and I. They’re both really bored and kind of not liking it. I find the broth very delicious and I love the vegetables and cooked meats. In day or so, we’ll move on to stage 2. I am finding though that I crave my usual sweet fruit/honey after each meal. What I wouldn’t give for a sweet treat! April 2. I feel like we need to get out of stage 1 right quick so we can have a little more variety. Also, I’m running out of veggies! I usually shop each Wednesday but I don’t think I’ll last even for tomorrow (Tuesday). I like how if you feel you need the extra energy or nutrition you can add what you need. How long do you need to be on each stage? In the 30 Days On Intro eBook, Cara lays out meal plans for 5 days on each stage. I don’t know… that’s going to be hard! 🙂

April 5. I’m keeping perpetual stock going in the crockpot. I add water and new bones as needed. It is working great! Today I need to add more bones.

April 9. We’re all doing pretty well. My husband was the worst off in some ways. He was getting ill after every meal and we couldn’t pin it down to any food. Within a week of Intro, he’s no longer getting the bloating and nausea. He’s up to stage 3 or 4 intro, though I’m not really being strict with the stages. We’re more introducing some foods and skipping others. What was really causing problems (I think) were raw veggies, so having well cooked veggies has helped a lot. He’s eating kraut with every meal and back to fermented cod liver oil. So on the whole, I think we’re getting somewhere.

My son and I are on GAPS for seasonal allergies. And my son has eczema back in the cracks of his elbows, not really badly, but enough to concern me. He and I are pretty much done with intro, I think, and on full GAPS. We kind of went through it quickly. He is not having egg whites, though. The one day I tested them, his eczema flared up. I wasn’t sure if it was die-off or a reaction but I assumed reaction because egg whites were a trigger for him as a toddler.

I have lost 5 pounds. My son has lost weight as well. I don’t know if my husband has.

My husband is bored of the food. Before doing this he was hating eating anyway because he got sick every time. He doesn’t look forward to eating. I understand why, but I can’t relate because even on GAPS I think the food’s delish. 🙂 My son misses the bread, potato, whole eggs (though he loves a fried yolk) — and sweets!

April 17. I read a good tip in Cara Faus’ 30 Days On Intro eBook. She said if you’re running out of juice in your sauerkraut you can put a teaspoon of sea salt and some water in your kraut jar and let it re-ferment at room temp overnight, or for a day or so.

April 19. My husband is doing okay. He still gets a little upset stomach, but for the most part he is much improved. We’re pretty much done with Intro. Thank goodness! We may have pushed too fast, but honestly the food choices were wearing on us, so I challenged new foods quite often.

We’re going to continue on with full GAPS. I love the food, I’m quite satisfied, and now that we’re eating more things, the others are liking it, too. We added some almond meal muffins yesterday which is making everyone really happy!

May 11. Even on GAPS, C.’s eczema is recurring. I think it is die-off or maybe a reaction to egg whites, which he is eating now occasionally. I’m doing well on GAPS, with little to no seasonal allergies. I think we’ll be on it for a few months more at least.

May 27. Here’s a story about a friend. She was on Intro and had no energy to keep up with life, home and work. She had to introduce 24-hour yogurt early in Intro because she wouldn’t have made it otherwise. What I’m learning is that no one’s journey is the same!

May 30. Things are definitely improved for my husband. He doesn’t have an upset stomach after meals much. The other day he did, and we figured out it was the apples in his yogurt. Took that out and he’s doing fine on yogurt. He’s a man who’s had joint pain, fatigue, and other health issues all his life. He would love to feel better. I hope he does. Though his digestion isn’t a problem now, the other things haven’t improved much yet. I do keep wondering if adding the BioKult (probiotics) would help… right now we’re doing home fermented only. Yogurt is a life saver, actually — so tasty and rich with probiotics. 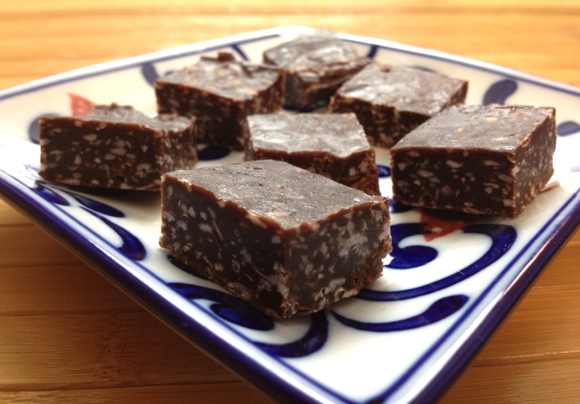 What is really satisfying our (waning) sweet tooth is the Coconut-Honey Candy. You can omit the cocoa powder for a white candy. I don’t know what we’d do without it! A little square in the evening really helps my husband not feel too deprived. But, he doesn’t really have a huge sweet tooth. I do. The candy is probably for me. 😉

June 8. The other day my husband had to go out to lunch and ate some white rice. His stomach was rolling for two days. Obviously, he’s not ready to be off GAPS. I have had a few things I shouldn’t have had… like one day I couldn’t resist a cookie. I felt my seasonal allergies the next day. Another occasion I broke the diet and I didn’t notice anything bad.

We’re still on Full GAPS. We’ve introduced Bio-Kult probiotics. My husband was able to increase his dose without any die-off symptoms, while my son and I have experienced more seasonal allergies with increased doses. That seems to have leveled out, so it is time for me to increase my dose. My son’s eczema is virtually gone. My husband says he feels less achy in his joints. I think we have a ways to go, but much is promising.

I never mentioned this in my “journal” but somewhere in there, we learned a very big lesson about carbs! One week, we ate less of the cooked vegetables (cabbage, squashes, etc.) and had raw salads instead. We all suffered with low energy that week. The next week, we went back to eating cooked vegetables and our energy returned. The difference wasn’t whether the veggies were cooked or not — it was that the cooked vegetables provided more carbohydrates for energy. GAPS done successfully is not low-carb.

Hopefully that wasn’t too disjointed for you. 🙂 What did you think of my “journal”? What were your experiences with the Intro diet?