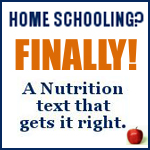 RFNH = “Real Food Nutrition & Health” Study. We’re back at it after a 2 week break! My children and I will be working our way through Kristen Michaelis’ book, Real Food Nutrition and Health, during the fall and winter months as part of our homeschooling curriculum. If you’re following along, or falling behind, no worries! This series will be here for you whenever you’re ready. And even if you’re not quite caught up, feel free to jump in regardless.

Click here to read more about the study and get the proposed schedule, as well as current and past downloadable discussion questions/activities each week — which you can save for the future if you’re not going to participate now.

This was a good chapter to ease us back into the study. Our 2 week break was good! It was also incredibly busy, so it hardly felt like a break, but that’s life. 🙂

In an earlier chapter, Kristen made the point that the first people could have been hunter-gatherers or herdsmen. She also pointed out that agriculture began as a way to plant, grow, harvest and store grains. When I pre-read today’s chapter on grains and legumes, the opening statement reminded me of some questions that have been percolating. Here’s the opening sentence of chapter 7.

“Grains and legumes weren’t domesticated and eaten in abundance until the invention of agriculture about 10,000 years ago.”

I wanted to understand that sentence keeping in mind the history of the world according to God’s Word, the Bible. So, I had these questions: 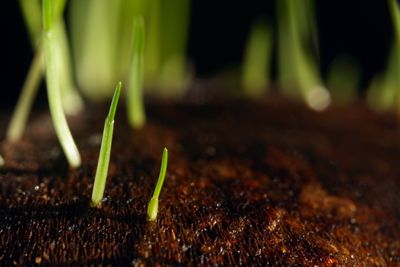 At Creation, the Garden of Eden was full of food, ripe for the picking. Adam (4004 BC according to Ussher) was commanded to tend the garden.

“The Lord God planted a garden eastward in Eden, and there He put the man whom He had formed. And out of the ground the Lord God made every tree grow that is pleasant to the sight and good for food. …

Then the Lord God took the man and put him in the garden of Eden to tend and keep it. And the Lord God commanded the man, saying, “Of every tree of the garden you may freely eat; but of the tree of the knowledge of good and evil you shall not eat, …”

Before the first sin (the Fall), when Adam and Eve lived in this paradise, were there agricultural activities involved or merely gathering? Probably the latter, I think.

Answers in Genesis offers this summary of how sin changed the world and man’s work in it:

“The Bible teaches us that the Garden of Eden was a wonderful place where Adam, a highly intelligent man whom God had created to be perfect, tended and cared for the plants and animals. Since there was no sin, there was no death and no thorns or thistles. It was a paradise that God created for man to enjoy. It was the sin of Adam that made the life of farming difficult. From then on Adam worked by the “sweat of his face” (Genesis 3:17-19).”

And elsewhere at Answers in Genesis:

“Originally, man was to work in the Garden to look after it for the Lord. But after Adam sinned, instead of God providing the food in the Garden, man would now have to work hard to till the ground in order to obtain food. Thus, one could say that there was no agriculture in the sense of tilling ground for crops before the Fall.”

Fast forward, past man’s first sin and banishment from the garden. Meet Cain, the infamous Cain — a gardener. Genesis 4:2:

“Now Abel was a keeper of sheep, but Cain was a tiller of the ground.” 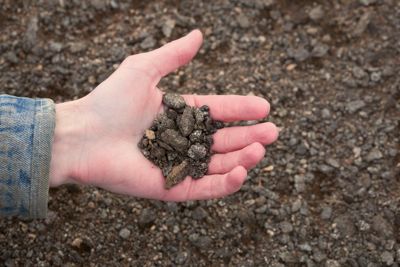 When the world was created, there were at least a few agriculturalists: if not Adam, then surely Cain. And others? I found this at Answers in Genesis, which refers to the greater populace around the time of the Flood:

“It is very improbable that none of the eight billion people [on earth less than 10,000 years ago] should discover that plants grow from seeds. It is more likely that men were without agriculture for a very short time after the Flood, if at all.“

But still not all people were agriculturalists, which corroborates the observations of Weston A. Price as discussed in chapter 2 of RFNH. Once again, from Answers in Genesis:

The answers to my questions, then?

This chapter on grains and legumes reinforced what we teach about seeds in the Fundamentals eCourse. Namely, that seeds have a job to do: survive until the proper time of germination. God designed them to withstand decay or early germination. 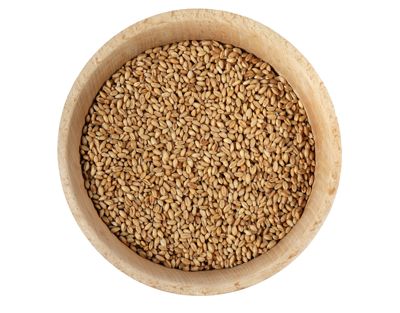 What does this mean for us? Simple. Unless we take special (and easy) care with our preparation (soaking/sprouting/fermenting), we not only don’t digest seeds well, but they can damage our intestines. A. was particularly interested to read this passage in RFNH, which described her gluten intolerance to a T:

“… lectins [in grains] do not break down easily, and are resistant to stomach acid and digestive enzymes. They travel through your digestive tract largely intact, and disrupt the intestinal membrane, damaging cells and initiating a cascade of events leading to eventual cell death. These undigested particles of grain get stuck in the microvilli of our intestinal walls, build up with time, and ultimately undermine our ability to properly digest other foods because of this interference. They also destroy the cells that line your intestines, leading to small “microperforations” or tiny holes in your intestinal lining. These holes allow intact or nearly intact proteins, bacteria and other foreign substances to cross into the bloodstream – where they do not belong.

If the interference becomes extreme, a host of intestinal and auto-immune disorders can result including leaky gut syndrome, gluten intolerance, celiac disease, and irritable bowel syndrome.“

But don’t be dismayed! As Kristen points out in this chapter, soaking/sprouting/fermenting are preparation methods that yield digestible and nutritious grains. 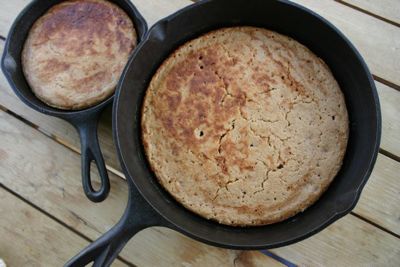 There’s much more info in the chapter about the process of refining grains and how our society has come to depend on the convenience of quick mixes and pre-packaged grains foods. Kristen’s explanations are good and simple. The kids really got it. However, one child (I shall not say who) said s/he can tell no difference in how s/he felt before we ate traditional foods and now, and then asked why we bother? I pointed out that many health issues are resolved in our family, whether or not s/he has experienced any of them. And even more importantly, we glorify God by choosing His foods to fuel our bodies, rather than man’s manufactured foods. Those are good reasons to keep on keepin’ on!

GNOWFGLINS will earn a commission on sales of the Real Food Nutrition and Health book through this blog. But honestly, we’d be doing this study whether or not we were associated. Thank you for supporting GNOWFGLINS with your purchase. You should also know I’m very thankful to be undertaking this study with Kristen’s permission.