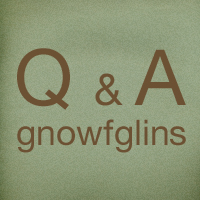 Today’s RFQM (Real Food Quote Monday) is also a Q & A. Someone asked my husband recently about regular table salt – don’t we need the iodine it contains?

The answer surprised me. You see, most of the time I will avoid a food item just because I know that God didn’t make it that way. For instance, table salt – it is refined and then fortified. If God wanted it that way, He would have made it that way. So we don’t eat it – we choose the unrefined salt instead.

The following quotes from the Weston A. Price Foundation indicate that fortified table salt can easily provide too much iodine. But on the flip side, if we’re not careful with our diet, we may not be getting enough iodine.

Here’s why we need iodine, but not too much.

And here’s a bit more about kelp (seaweed).

Kelp: Like all sea vegetables, kelp provides minerals found in sea water, especially iodine and trace minerals that may be lacking in our depleted soils. For Westerners unaccustomed to including seaweeds in the diet, a small daily supplement of kelp in tablet or powdered form is a good idea, but don’t overdo—excess iodine may also cause thyroid problems.

Since we’re pretty sure our soil is not iodine-rich, we probably don’t get iodine in the butterfat in our goat milk. We use unrefined sea salt on a daily basis – most of the time in the form of a homemade seasoning salt that contains kelp. Don’t be scared; this is a great tasting seasoning salt. And the level of kelp could be increased more, as its presence is not detectable to anyone with tastebuds. 😉

How do you make sure you’re getting iodine, but not too much?