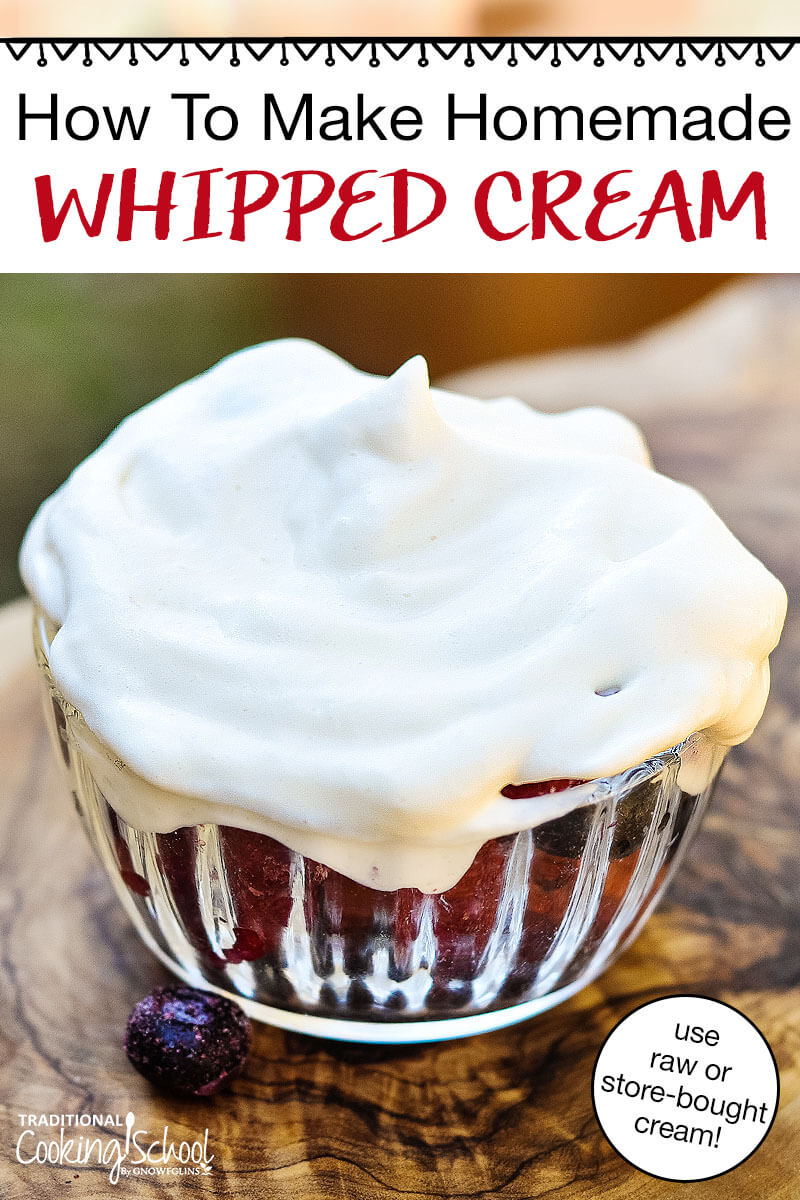 You know you've done it… eaten all the whipped cream off your piece of pie before it's half gone.

Why? Because it's the best part, obviously!

Today, you're going to learn how to make whipped cream from scratch in 5 minutes with both raw and store-bought cream.

Once you realize how easy and DELICIOUS it is, you won't be able to stop making it!

That's because the real stuff has only one main ingredient: cream. Add a sweetener and optional vanilla, and you're done! 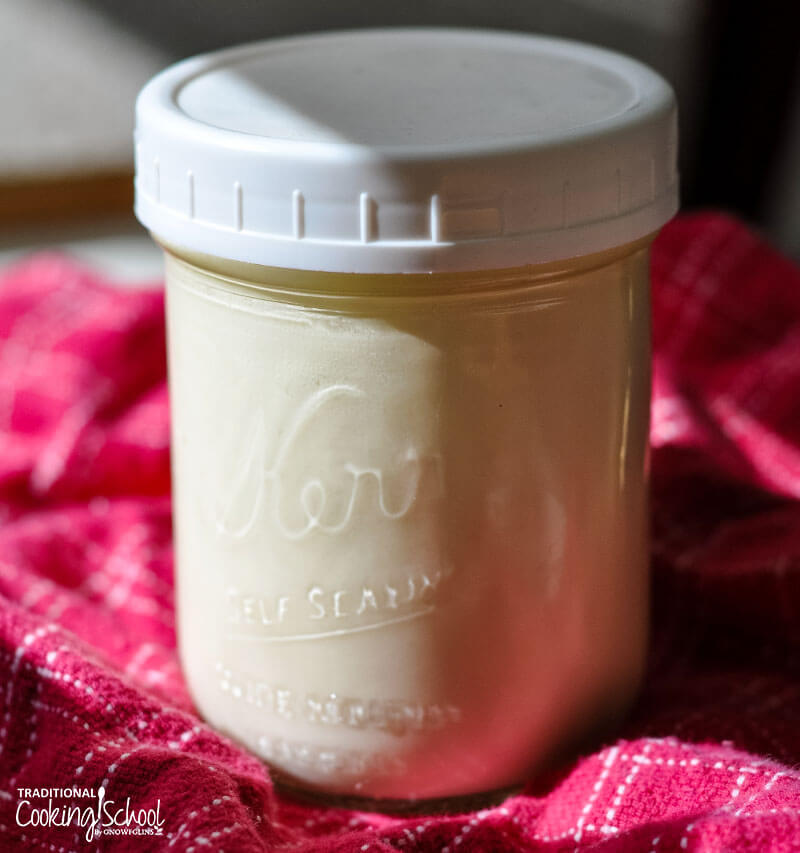 This recipe is so simple, you can literally ‘whip it up' (pun intended) in 5 minutes!

To achieve this, whip it the moment you take it out of the fridge. Don't get distracted and let it sit on the countertop and get warm (guilty as charged).

Another great tip is to place your mixing bowl and beaters in the freezer for 15 minutes prior to making the whipped cream. This isn't totally necessary, but it helps!

So, once you've got your COLD cream ready to go, add it to the mixing bowl and beat on medium speed until soft peaks begin to form.

The best method is to use a stand mixer with whisk attachment, but I don't have one. A bowl with an electric hand mixer works great, too.

After a couple of minutes, you'll notice your cream starting to get firm and forming soft peaks. At this point, add sweetener of your choice (a note on sweeteners below) and vanilla extract.

Continue to beat on medium or high speed until medium peaks (peaks that hold their shape and don't fall over) form.

Don't over-beat the cream, since it will turn to clotted cream or even butter (which is delicious, of course, but not the result we're going for). 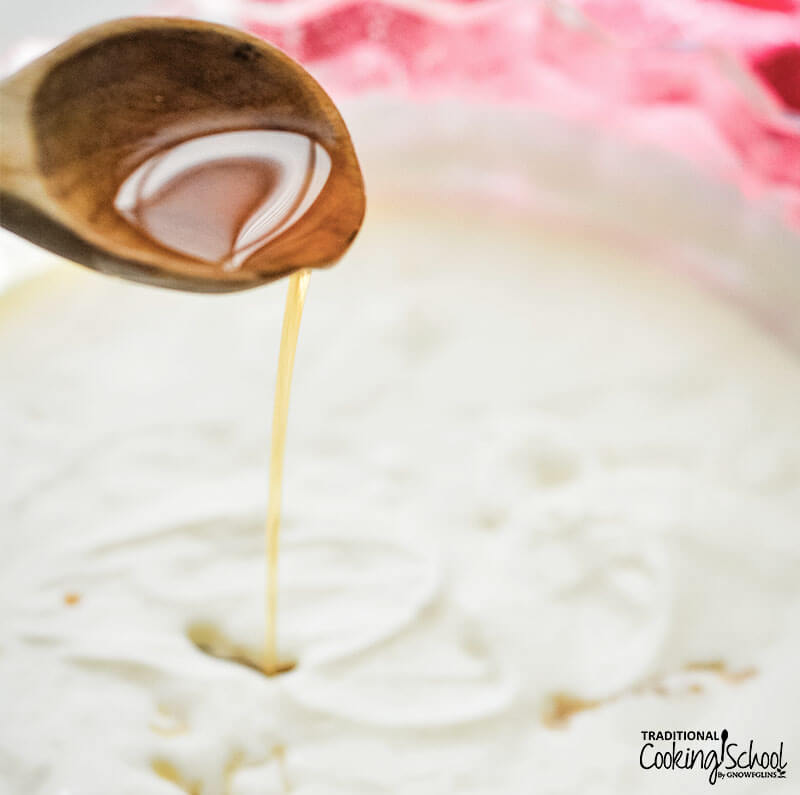 If you're familiar with raw milk, you know that the cream naturally separates from the milk and rises to the top of the jar. It can be a bit tricky to remove just the cream from the surface of the milk, however, since dipping in a spoon to collect it can disrupt the separation.

Here's one method that works…

Raw cream may not hold its shape as well in the fridge since it hasn't been homogenized. I find it best to make raw cream on an as-needed basis, and use it immediately instead of storing in the refrigerator.

And YES, it's worth the effort to make whipped cream from raw milk! Nothing tastes better!

As previously stated, if you're using raw cream, it's best if used immediately.

If you choose to store it in the fridge, you may be able to re-whip if the cream starts losing its shape. Yet since the results are somewhat unpredictable, I don't recommend storing it. 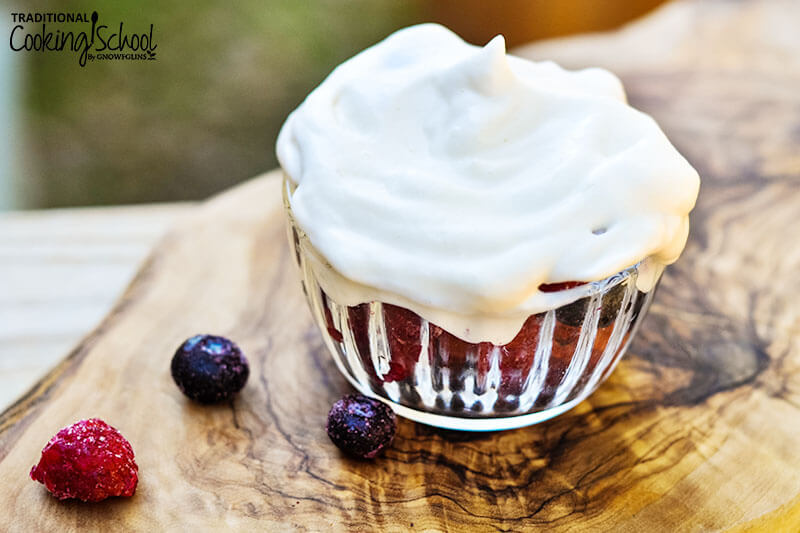 Stabilize whipped cream for longer storage. If you're storing your whipped cream in the refrigerator and need help stabilizing whipping cream, try adding 1/4 teaspoon cream of tartar while beating the cream. 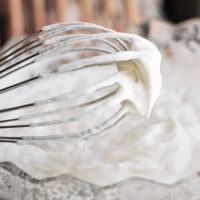