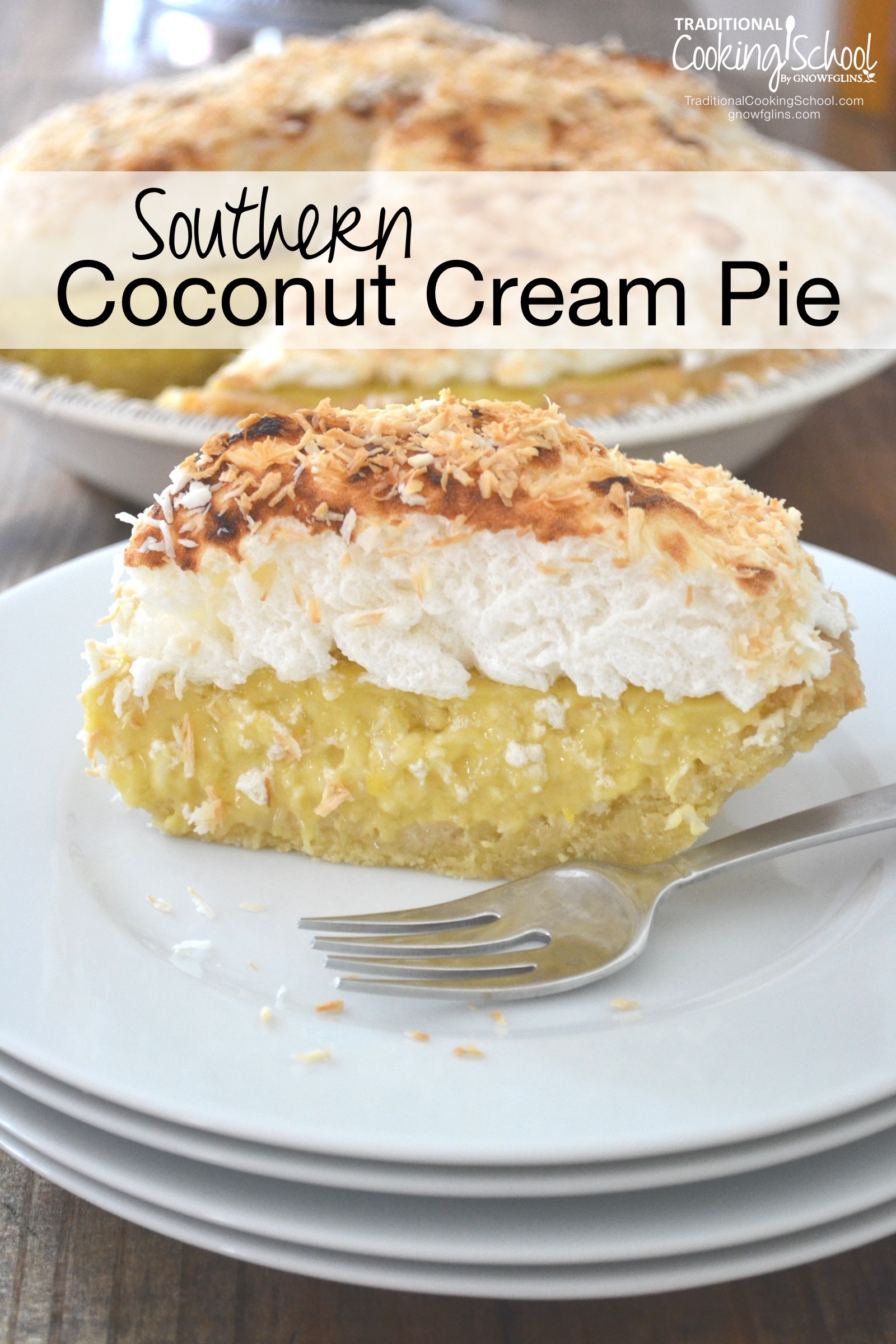 My husband’s absolute favorite dessert is…

If we eat at a restaurant with coconut cream pie on the dessert menu, he always orders a slice to try. He enjoys comparing his pie experiences from restaurant to restaurant to see which one is best.

His favorite coconut cream pie hails from a tiny place known as Tina’s Cafe in Ruidoso, New Mexico. Every time he eats a slice — about once a year — his eyes roll back into his head and he enters a euphoric state. Coconut cream pie at Tina’s is his happy place.

You see, I have something to confess (and it’s a little embarrassing): We’ve been married for almost 13 years, and I’ve never made him a coconut cream pie. Pretty sad, huh?

Honestly, I was fairly certain I didn’t like coconut cream pie. And yes, that’s a pretty poor excuse for never making it for my hubby. 🙁 I might still have made it for him a long time ago, except that we discovered Tina’s and I was sure I couldn’t compete.

Then my husband had a birthday…

I debated long and hard over calling Tina’s and asking them to overnight a coconut cream pie — but then I snapped back into reality and realized it would cost me an arm and a leg and probably wouldn’t produce the same eye-rolling euphoria my husband would expect.

I scoured Pinterest. The search terms “healthy coconut cream pie” turned up little more than pies made with refrigerated dough, low-fat boxed pudding mixes, and sweetened coconut. The search terms “Paleo coconut cream pie” didn’t turn up any actual pies at all! I got a lot of bars topped with coconut butter or cakes topped with coconut whipped cream.

I even called my mother-in-law, who gave me David’s grandmother’s recipe. Surely I could do something with that. She’s probably gotten rave reviews, but this particular recipe was made with white flour and called for nearly 2 cups of white sugar and quite a lot of margarine. That was a no-go too.

It was settled. I had to create my own recipe…for a dessert I’d never even had before!

THIS coconut cream pie has nothing to hide — no white flour, no refined sugar, no boxed pudding, and no margarine. In fact, if you make a coconut flour or almond flour crust, it’s totally Paleo! Enjoy the benefits of pastured egg yolks, gut-healing gelatin, healthy fat, and coconut in this decadent, but not-too-sweet pie. 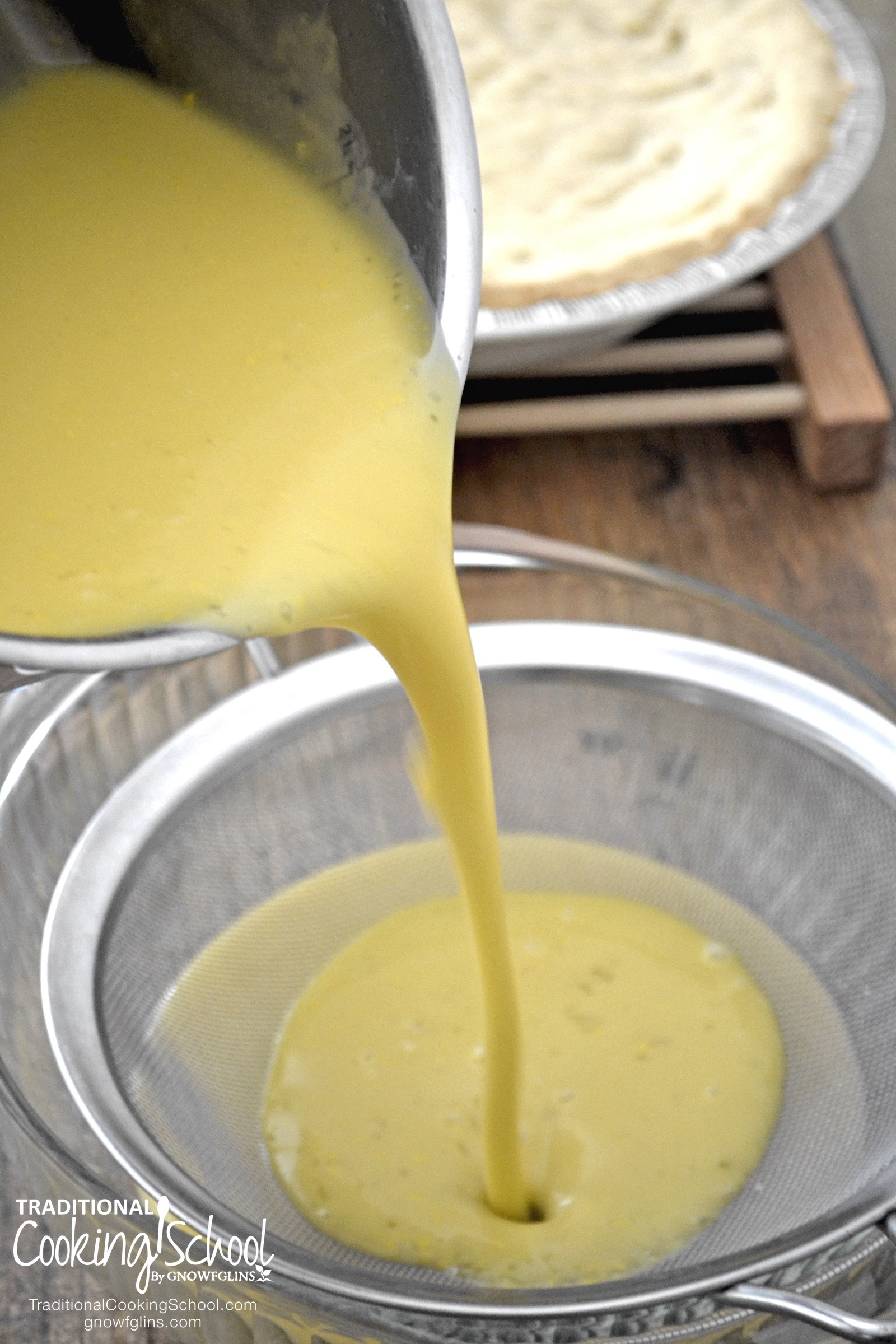 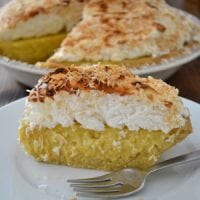 For the coconut pudding filling:

To make the coconut pudding filling:

To make the meringue:

You’ll be happy to know that my husband thoroughly enjoyed his birthday pie. He even gave me the compliment of saying it was an 8.5 on a scale of 1 to 10 — with Tina’s pie being a perfect 10, of course. I was pretty pleased with that review.

Oh, and this girl now loves coconut cream pie — at least THIS pie! 😉

My husband and I hope you enjoy this healthier take on a classic Southern dessert.

Do you like coconut cream pie? Have you ever had to create a recipe to mimic an old favorite in a healthier way?