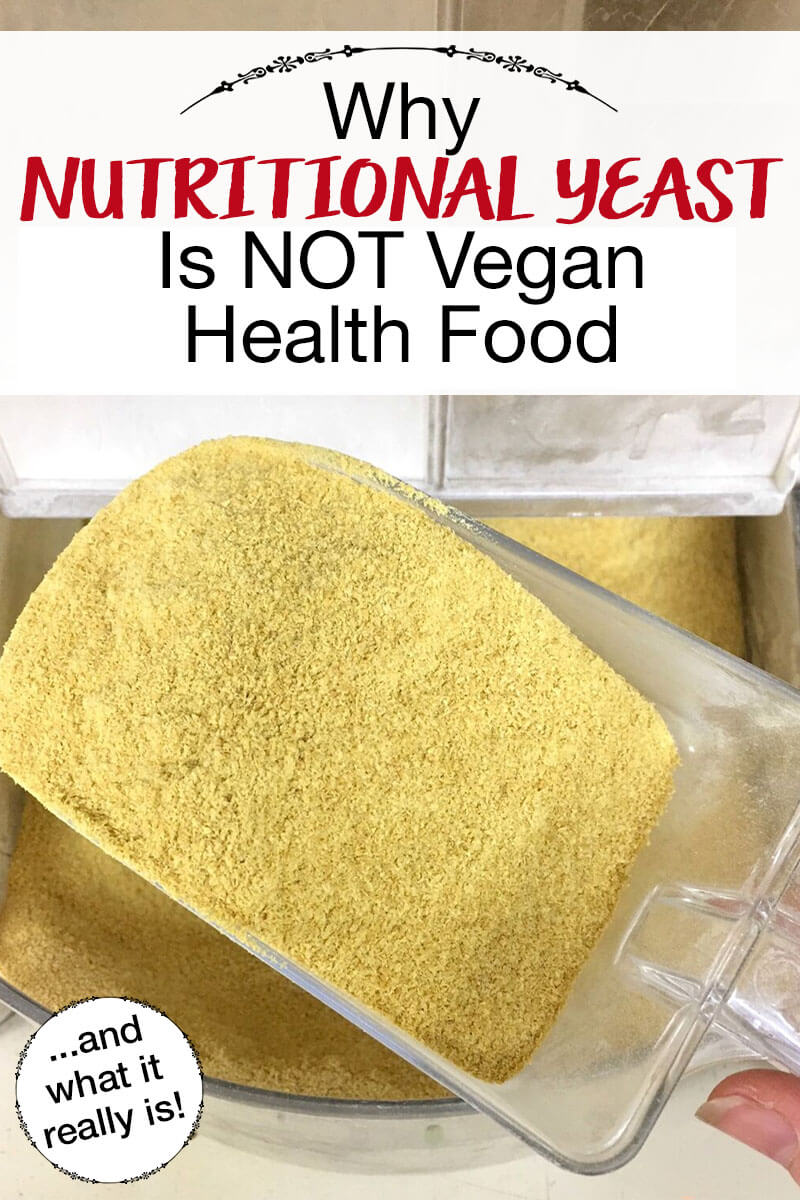 I’d been a vegetarian for 10 years and used to eat this seemingly benign and nutrient-infused ingredient! What changed? Who can eat nutritional yeast safely? And who should avoid it?

The vegan lifestyle means needing to find quality sources of protein due to a lack of animal protein. For many, this means adding nutritional yeast in large quantities to foods and recipes. Commonly referred to as monosodium glutamate (MSG), free glutamic acid is a processed food arguably found in nutritional yeast. In the case of nutritional yeast, manufacturers don’t add MSG intentionally; it occurs because of the manufacturing process. Thus, the misleading wording we often see in the food industry, “no added MSG”, means the product may still contain MSG. (Source.)

While MSG does not cause noticeable symptoms in everyone, it is a known carcinogen and damages the brain. More controversial is whether or not nutritional yeast contains MSG. My body’s reaction to nutritional yeast suggests it does. I don’t react negatively to other glutamate-rich foods, like bone broth and aged cheeses (healthful staples in my diet).