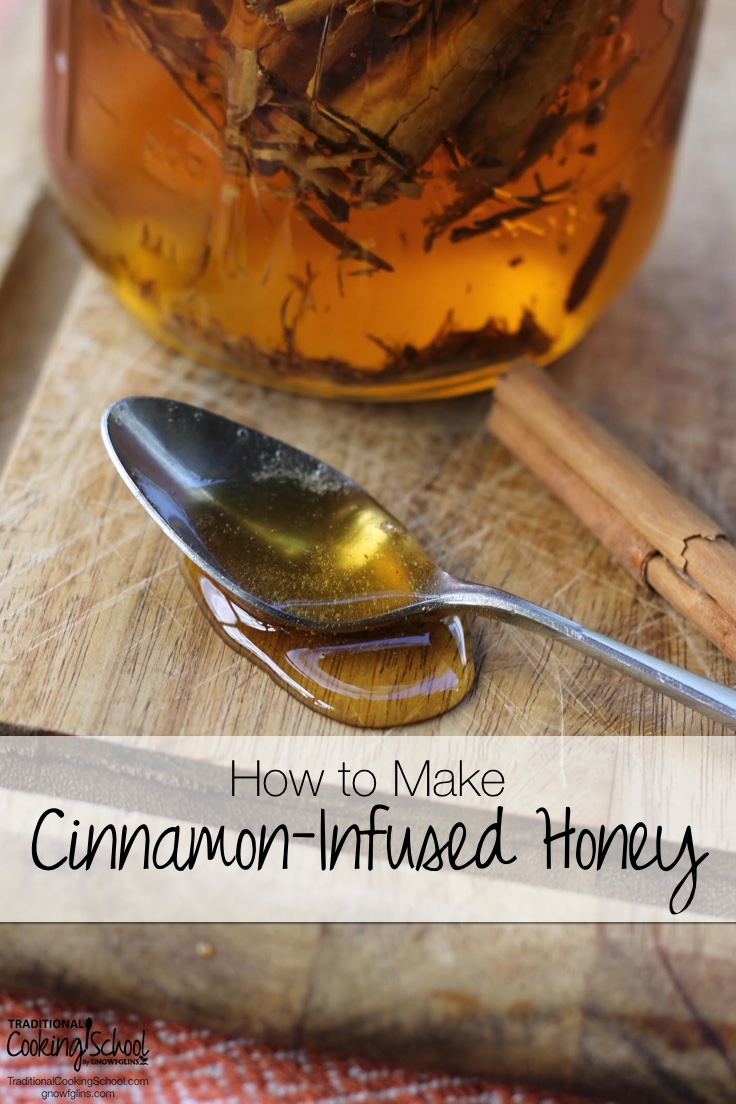 Did you ever eat red hots as a kid?

I loved their spicy cinnamon flavor when I was little!

Yet now, I have no plans to eat them again. I’m not going to even bother reading the label! Because this simple treat tastes just the same but is about 1000 times better for you…

When I tried it for the first time, I was blown away by its pure decadence. Admittedly, I do like to eat a bit of raw honey right off the spoon. So if it’s infused honey, you may want to hide the jar! 😉

Infused honey is one of the easiest things to make, ever. Ever made an herbal tincture or vanilla extract? Then you can make infused honey! The principles are simple and extremely hard to mess up.

I used Ceylon cinnamon instead of Cassia cinnamon. Ceylon is soft and brittle with layers that peel apart. Cassia is a single roll and more firm — the kind most familiar to those in the States. I prefer to use Ceylon which already has a more complex and gentle flavor. It is the typical cinnamon found in most Mexican markets. Its intoxicating flavor gives this honey its unique, red-hot flavor. Cassia will still taste wonderfully, but not quite the same.

I use 2 methods — one slowly without heat, thus preserving all of honey’s nutritional benefits, and the other with a gentle heat over a period of a couple hours. The latter does destroy some (but not all) of honey’s health benefits. Both methods create a delicious cinnamon-infused honey.

My favorite honey to use is raw orange and mango bloom. I was delighted to find 1 jar left in my cupboard to make the trip back to the USA with me! Any type of raw honey will work well. 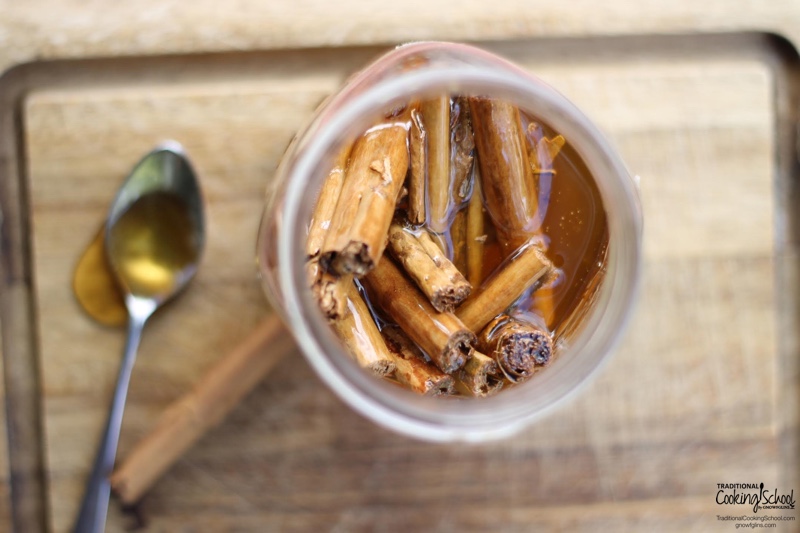 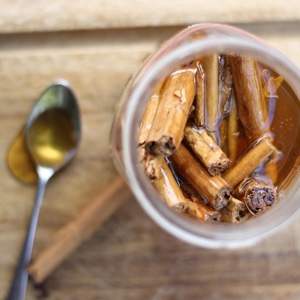 This slow, no heat method, preserves all of honey's nutritional benefits. Makes about 1 quart.

Use gentle heat over a period of a couple hours to retain many of honey's health benefits. Makes about 1 quart.

Have you made infused honey before? What kind did you make?

Katie Mae Stanley is the writer at Nourishing Simplicity, where the focus is on nourishing foods, herbal remedies, simple living and faith. Ethnic and Mid-west foods are always a favorite in her kitchen and on her blog. She is also the author of the book Steeped: Simple Nourishing Teas and Treats. Katie Mae spent 10 years as a missionary dorm "mama" for a gaggle (almost 40) of amazing deaf girls at a school for the deaf in Baja California, Mexico. Now she finds herself state side ready to embrace God's next adventure. A cup of tea or coffee and a bit of dark chocolate make an appearance at some point in any given day. You can connect with the Nourishing Simplicity community on Facebook, Twitter, and Google+.