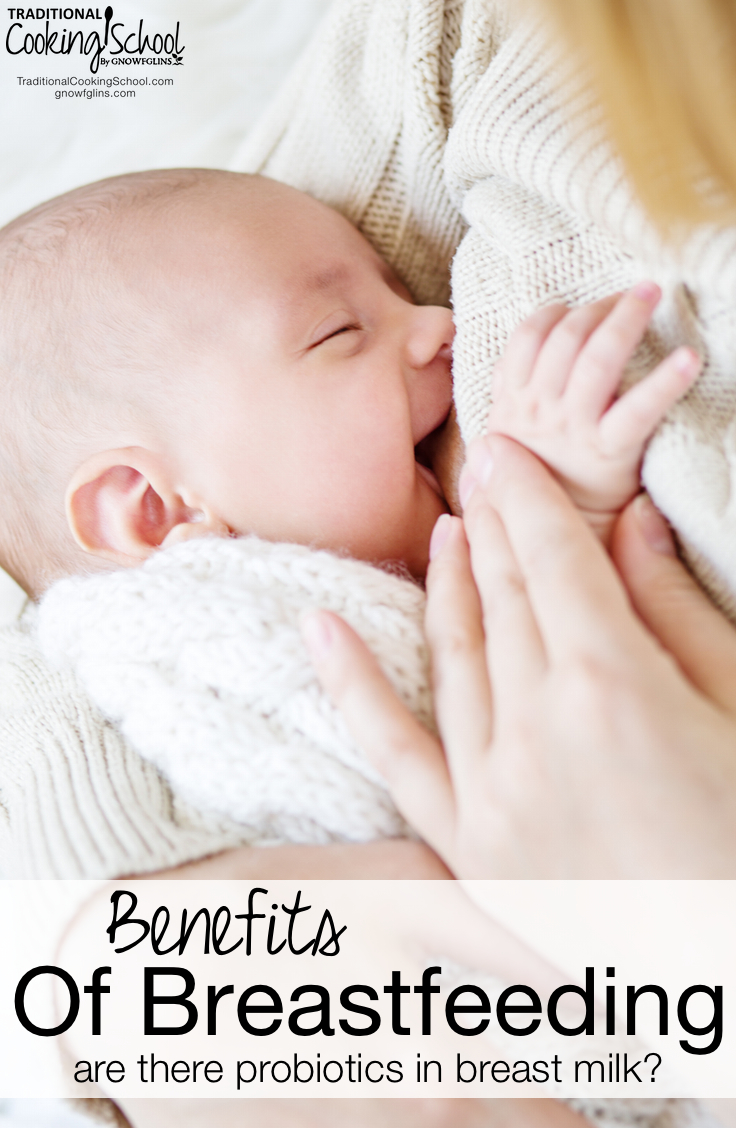 While writing 7 Things You Didn’t Know About Raw Milk, I kept racing down (fascinating — but mostly irrelevant) rabbit trails about breast milk. It got curious-er and curious-er. 😉 So I decided to write another blog post!

In case you need a refresher (me, too!), the lymphatic system transports fluid through the body. Similar to veins, it does this by moving fluid back to the bloodstream from the body’s various tissues. But first, it filters the fluid through lymph nodes to remove any damaged cells, cancer cells, bacteria, or viruses — thus helping to protect the body from infection. (Source.)

In other words, if you’re a mother, the antibodies in your gut travel into your milk! This is called the entero-mammary pathway or the enteromammaric link.

Well, the GALT stores antibodies and other immune cells. It’s significant because that 1 tissue actually contains up to 70% of all immune cells in the entire body. A huge part of your immune system is stationed in your gut!

Breast milk actually contains all immunoglobulins — M, A, D, G, and E — although IgA is the most abundant. Once IgA arrives in the mammary glands, it gains a secretory component so it is resistant to digestive enzymes in the baby’s gut.

Yes! It’s probiotics to the rescue, as usual (source and source).

The mother’s vagina and skin contribute bacteria to her baby — and so can her gut. While still up for debate, intestinally-derived probiotic bacteria may travel through the lymphatic system to the mammary gland within a mononuclear phagocyte.

While the baby’s immune system and gut flora develop, what helps to keep bad bacteria at bay?

The presence of lactic acid bacteria and antibodies help, but that’s not all. Breast milk has even more to offer…

We humans need iron — and so do most bacteria. Without iron, they are unable to grow. This means that lactoferrin can be termed bacteriostatic. I’m waiting for the day when I’ll be able to use that word in casual conversation! 😉 (Source and source.)

Finally, we have the bifidus factor. Let’s define a few terms.

Now, let’s put that information to good use. The bifidus factor is most likely an oligosaccharide that encourages the growth of Bifidobacteria (probiotics) in the infant gut.

“A pair of substantial mammary glands has the advantage over the two hemispheres of the most learned professor’s brain, in the art of compounding a nutritious fluid for infants.” –Oliver Wendell Holmes, Sr.