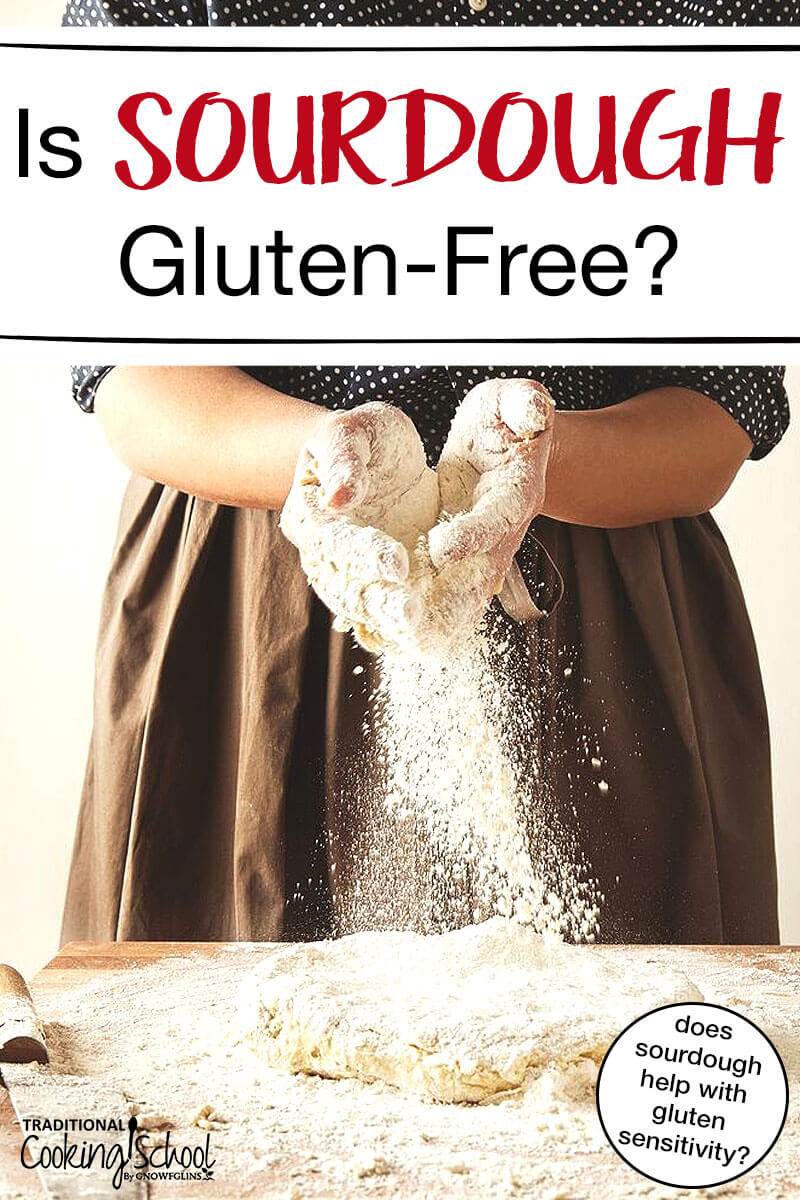 Why is gluten so hard to digest? What’s the relationship between gluten sensitivity and sourdough? Is sourdough gluten-free?

They are near and dear to my heart. I was sensitive to gluten. As a kid, it meant laying flat on my back with a crippling stomach ache instead of swimming in my grandma’s pool. It meant missing out on every. single. birthday cake, and subsisting on buckwheat pancakes that never really appealed to my 10-year-old heart. (Sorry, mom!)

And as I’ve grown up, I’ve realized that conventional birthday cake isn’t all it’s cracked up to be. A gluten-free, grain-free lifestyle can be awesome. And a mom who puts buckwheat pancakes on the table deserves all the kudos in the world. 😉 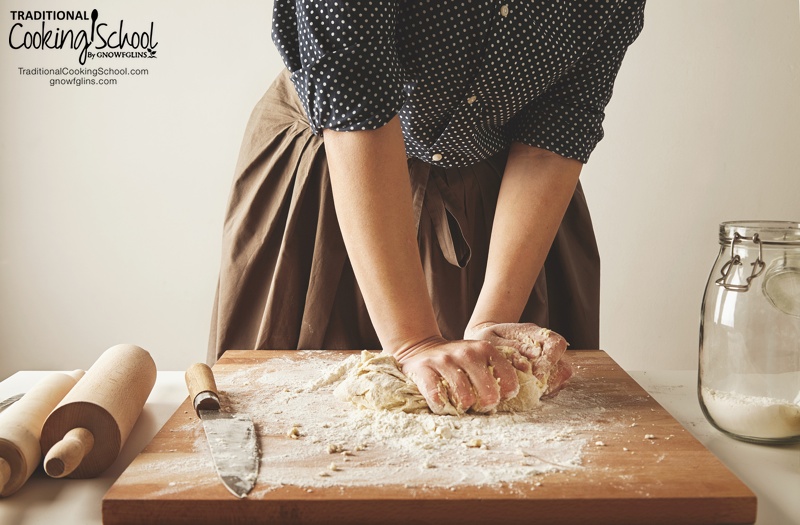 Glutenin and gliadin form a protein network responsible for many of the characteristics of dough, such as its plasticity and elasticity (source). It molds easily under pressure and tends to revert back to its original shape once pressure is released. This allows it to expand to incorporate gases during breadmaking, but also resist just enough that these bubbles don’t pop!

Other factors affect dough strength, too, such as the water, salt, and sugar content, any fats present, the dough’s acidity, and kneading time. (On Food and Cooking, page 523.)

In glutenin’s case, enzymes cleave its long chains into oligopeptides, then into tripeptides, dipeptides, and free amino acids (source). It is these latter 3 that absorb into the body and go on their merry way.

As it turns out, proline’s cyclic structure contorts gliadin enough that special enzymes are required to degrade it (source) .

I didn’t ask the question then, but I ask it now: what does sourdough do? Is sourdough gluten-free? Does it actually solve the problem of toxic, mayhem-causing gliadin fragments in our gut?

Let’s talk about lactic acid bacteria (LAB) — present in sourdough. As LAB convert the sugars in wheat flour to lactic acid, the acidity increases. This facilitates hydrolysis of gliadin proteins by penetrating and loosening the gluten network. It also activates enzymes present in wheat flour itself — enzymes that work optimally in acidic conditions. (Source.)

And while we’re on the subject of LAB…

To be sure, sourdough may not cure any gluten allergies or sensitivities, whether celiac disease or not. It doesn’t even completely eliminate the gluten content.