Creamy and healthy, this Instant Pot rice pudding recipe is also easy and convenient! Made from scratch using whole ingredients, with this simple recipe you won’t have to stand over the stove top for hours, constantly stirring the pot! Yummy for breakfast or dessert with endless flavor combinations! 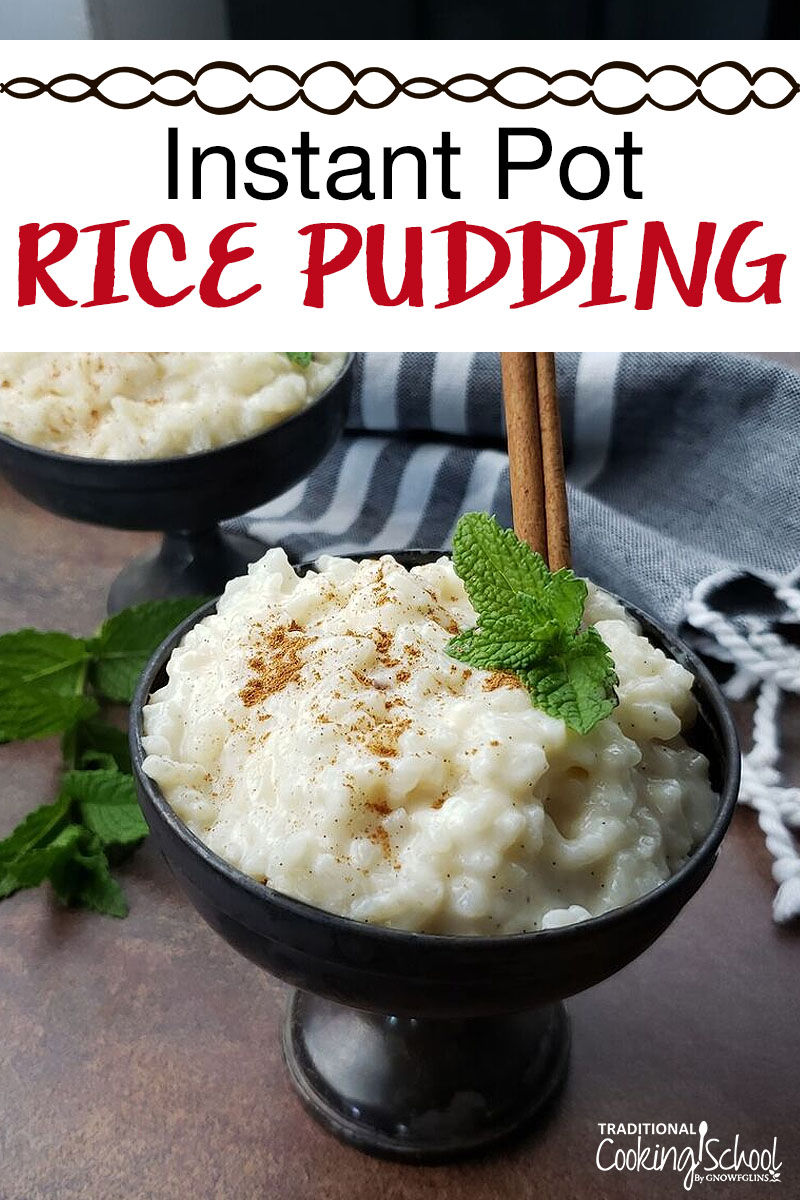 There’s only one thing that could possibly make rice pudding any better, and that’s making it quickly and easily in the Instant Pot! Wondering what size Instant Pot to get? Click for more info.

Yes, especially if you’re making rice pudding in the Instant Pot! Traditionally prepared rice pudding requires a lot of time standing over the stove, constantly stirring and adding more cream. Thanks to the Instant Pot this step is cut out and the recipe becomes very easy to make!

Did you know that nearly every country of the world has its own variation of rice pudding? Arroz con leche, creamed rice, kheer and rice porridge are just a few of the different names, but they’re all made with a few common ingredients:

There’s really no wrong way to make it! Although, there are pervasive themes, like…

This recipe calls for basmati rice. I love the slight bite the rice still has once the cooking time is up. But if you’re looking for a rice that almost becomes undetectable as rice, you might want to use something like an arborio rice (commonly used in risotto). Ultimately, this recipe is very flexible and you can substitute any rice variety you’d like. For something like brown rice, you’ll want to adjust the cooking time accordingly.

I find it best to freeze in serving size portions. When you’re ready to enjoy your rice pudding, defrost in the refrigerator overnight and warm it up on the stovetop.

Yes, you can make rice pudding using already cooked rice, in fact, this is a favorite use of leftover rice in my home. The process will be different than this recipe, and it will require much more stirring on your part. But if you do a quick search for “leftover rice pudding recipe” you’ll find what you need.

Before you begin you’re going to want to rinse your rice. I like to take a fine mesh colander and rinse the rice under cool running water until the water runs clear. 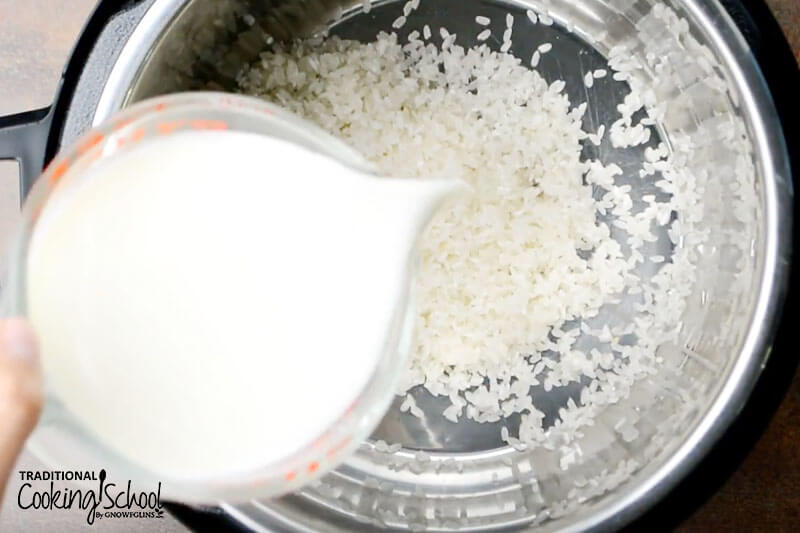 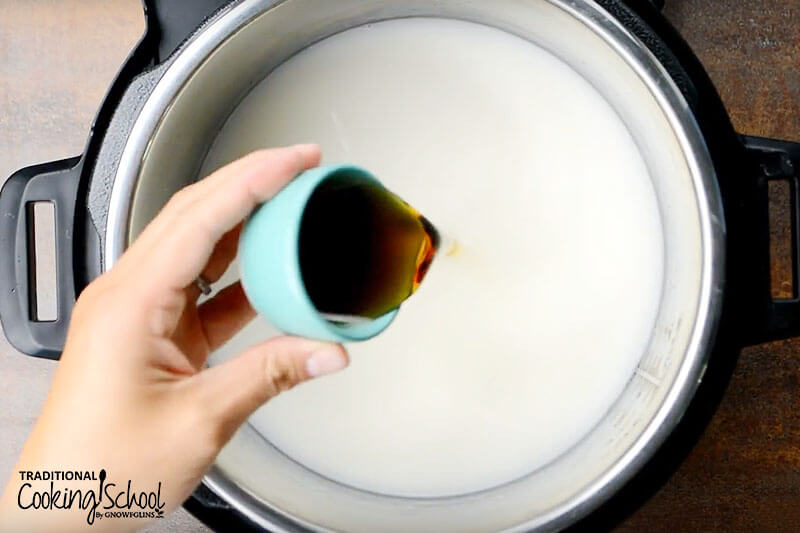 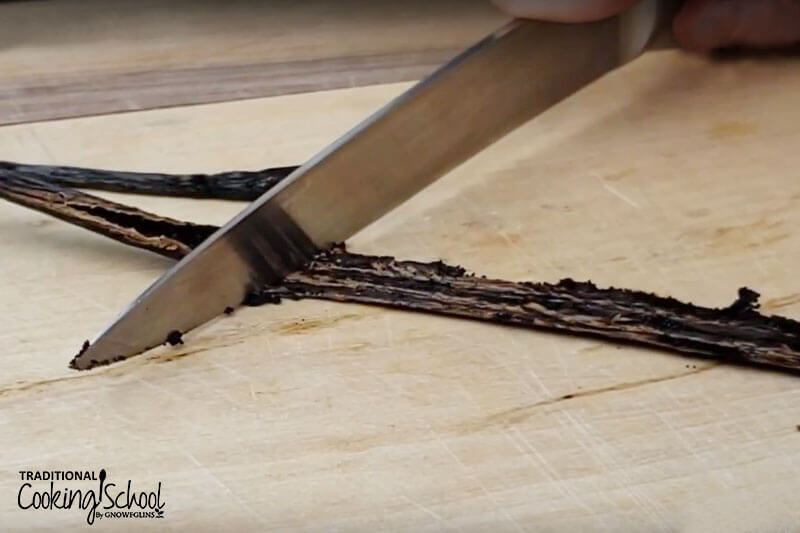 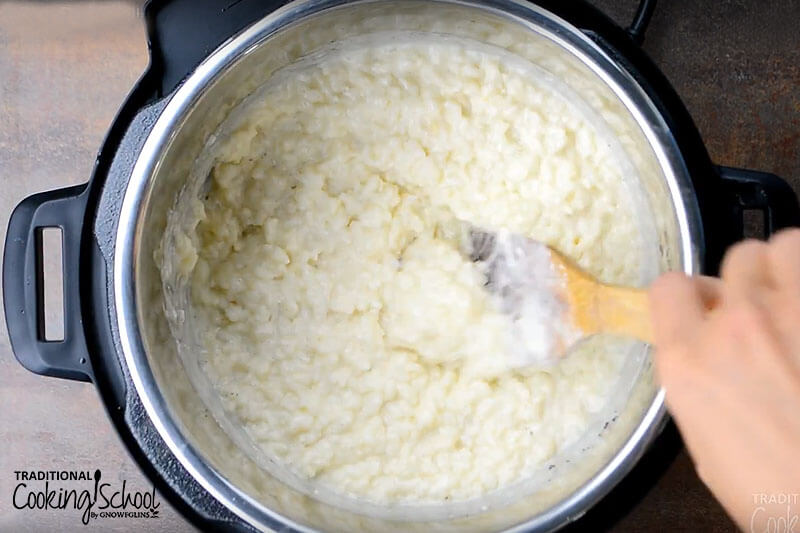 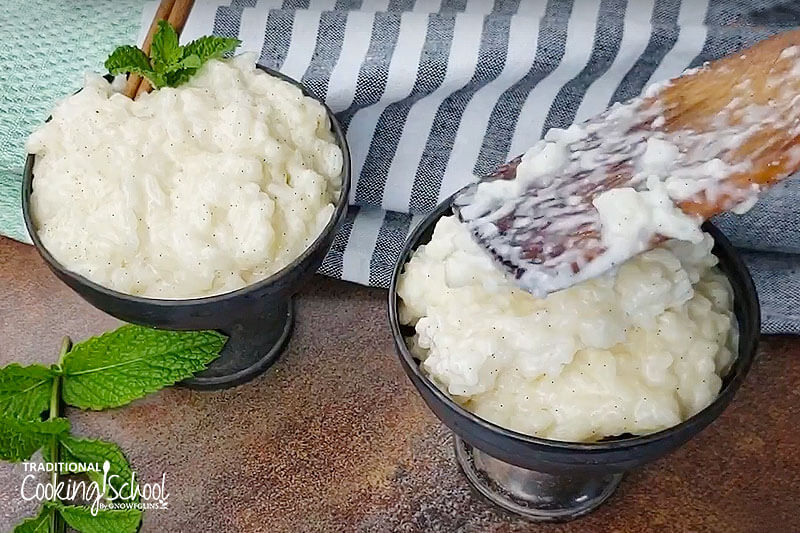 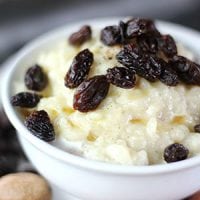