Passed down from my British great-grandmother, this authentic English scones recipe is easy and delicious… plus traditionally prepared with sprouted flour so it’s extra healthy! Serve with fruit jam and butter for a classic afternoon tea in England, or probiotic Devonshire cream if you want a flavorful twist. 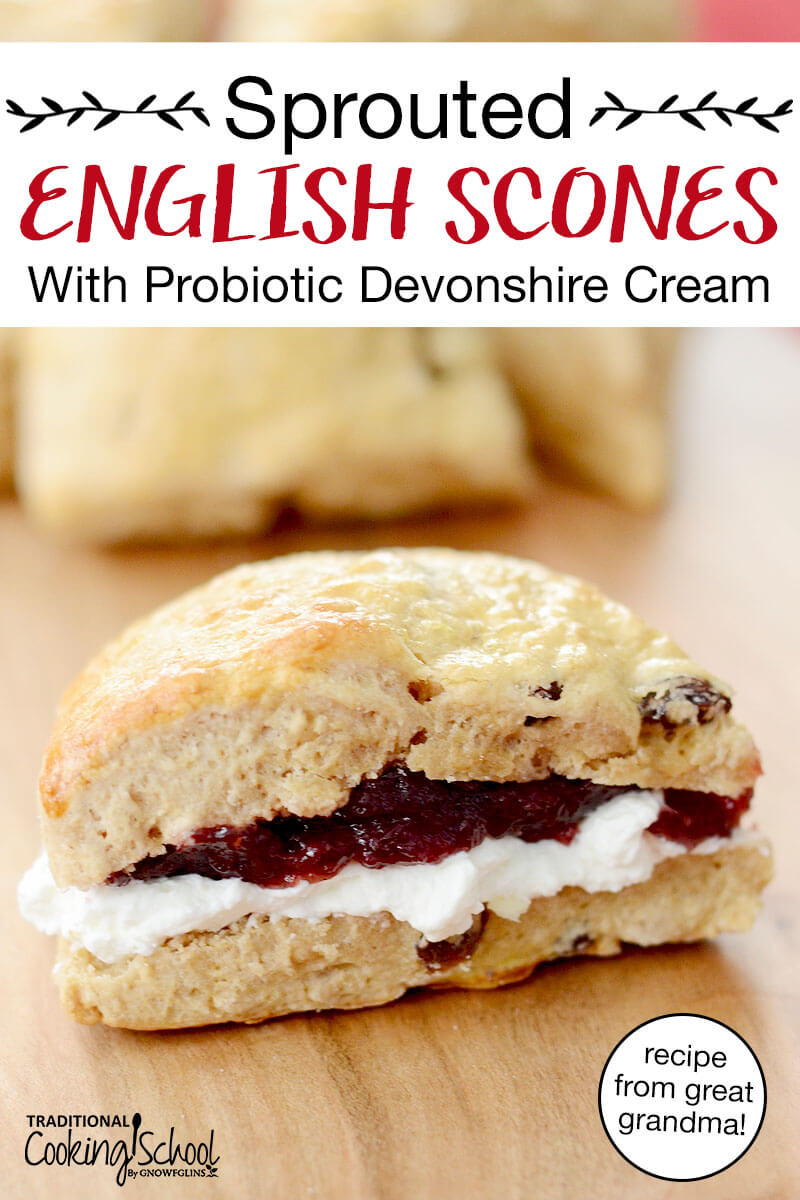 I’ve adapted the recipe below to include nourishing ingredients and traditional preparation methods such as sprouting.

If you don’t care for the slight tartness, serve unsweetened whipped cream instead.

Before we get to the recipe, let’s discuss a few important details… 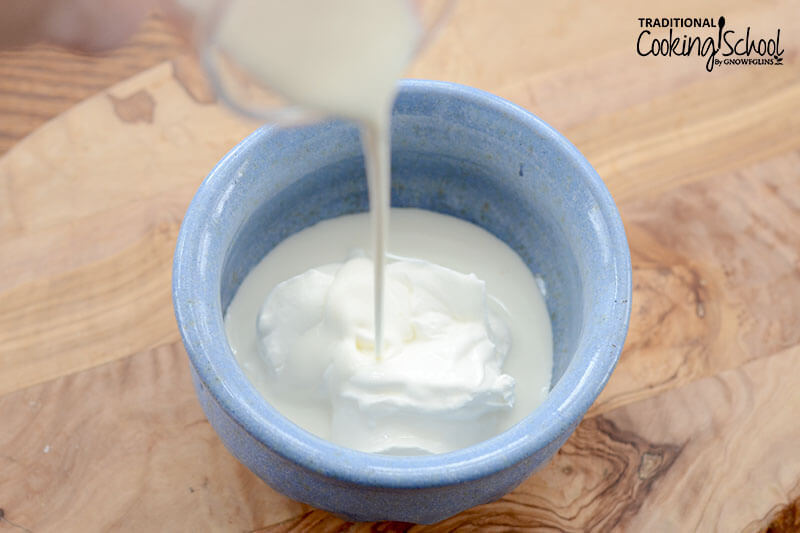 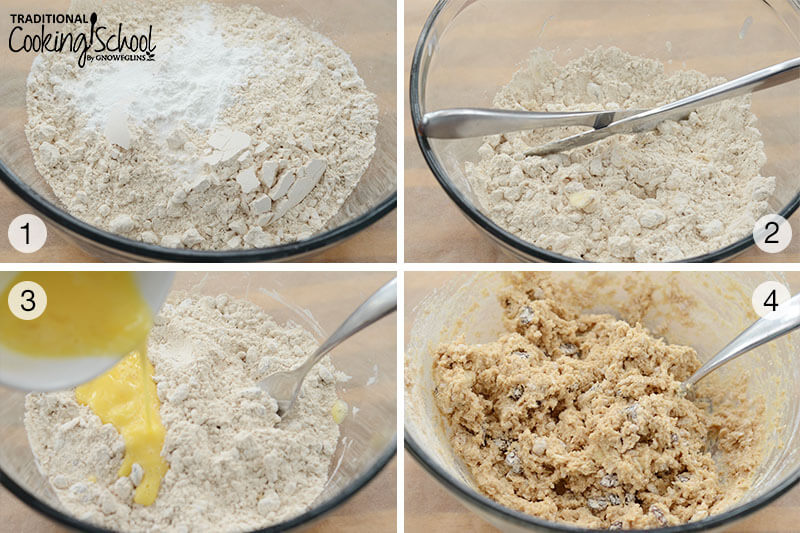 This is very basic, I know, but I’m noting it for two reasons:

Scones are often served with jam and cream and don’t require add-ins of any kind. However, many enjoy the addition of dried fruit, such as currants or raisins. 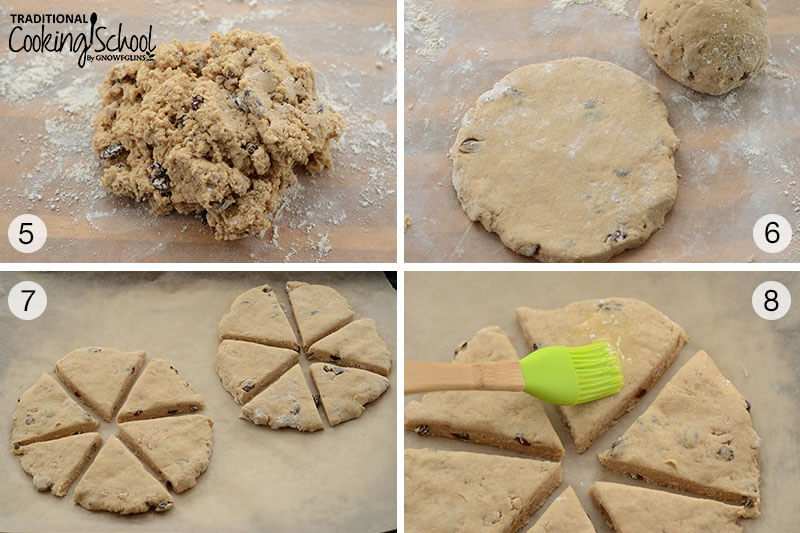 Knead only until the dough comes together. Don’t handle the dough too much!

Now, I know! I just told you to rub in the butter, which requires a lot of hands-on time. Once the scones reach the “dough” stage, though, it’s important not to over-work them.

Or, if you’d like to cut the scones into wedges instead, take the 1-inch thick circles you created above, and place them onto a parchment-lined cookie sheet or baking tray.

This provides a beautiful golden color. Don’t skip this step as it makes the most delightful looking (and tasting) scones. 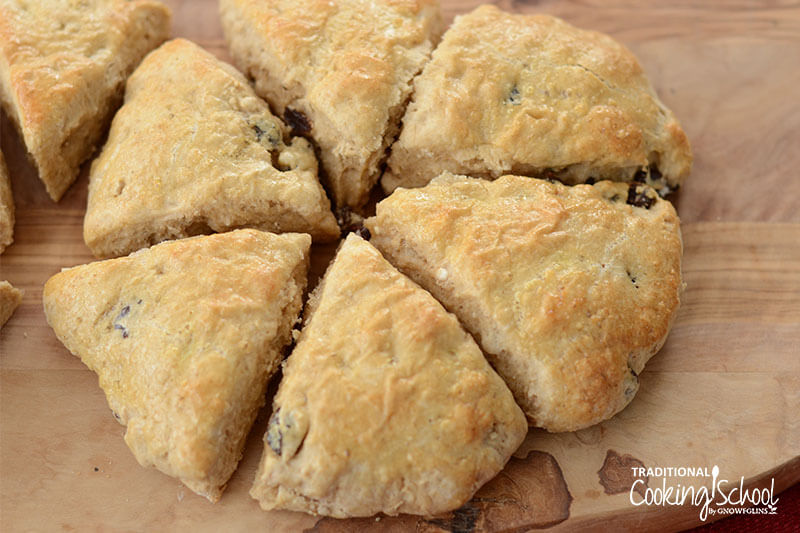 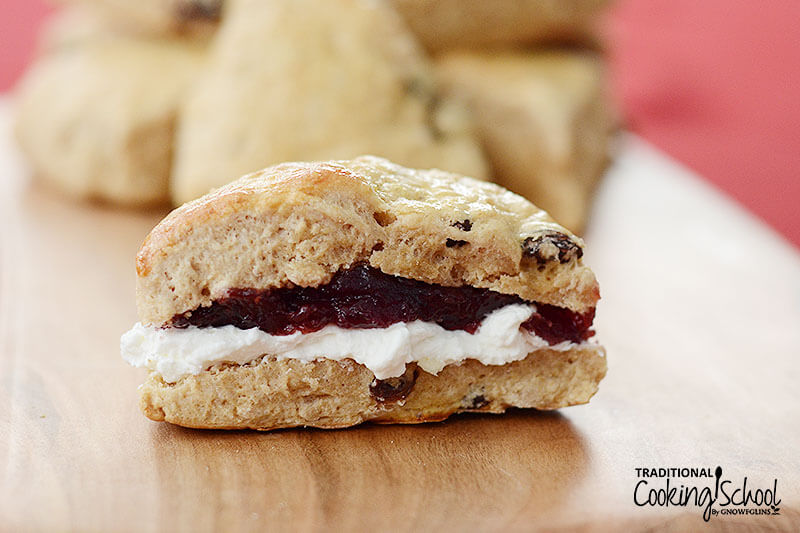 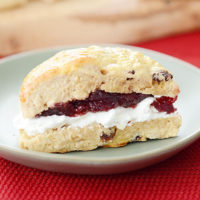