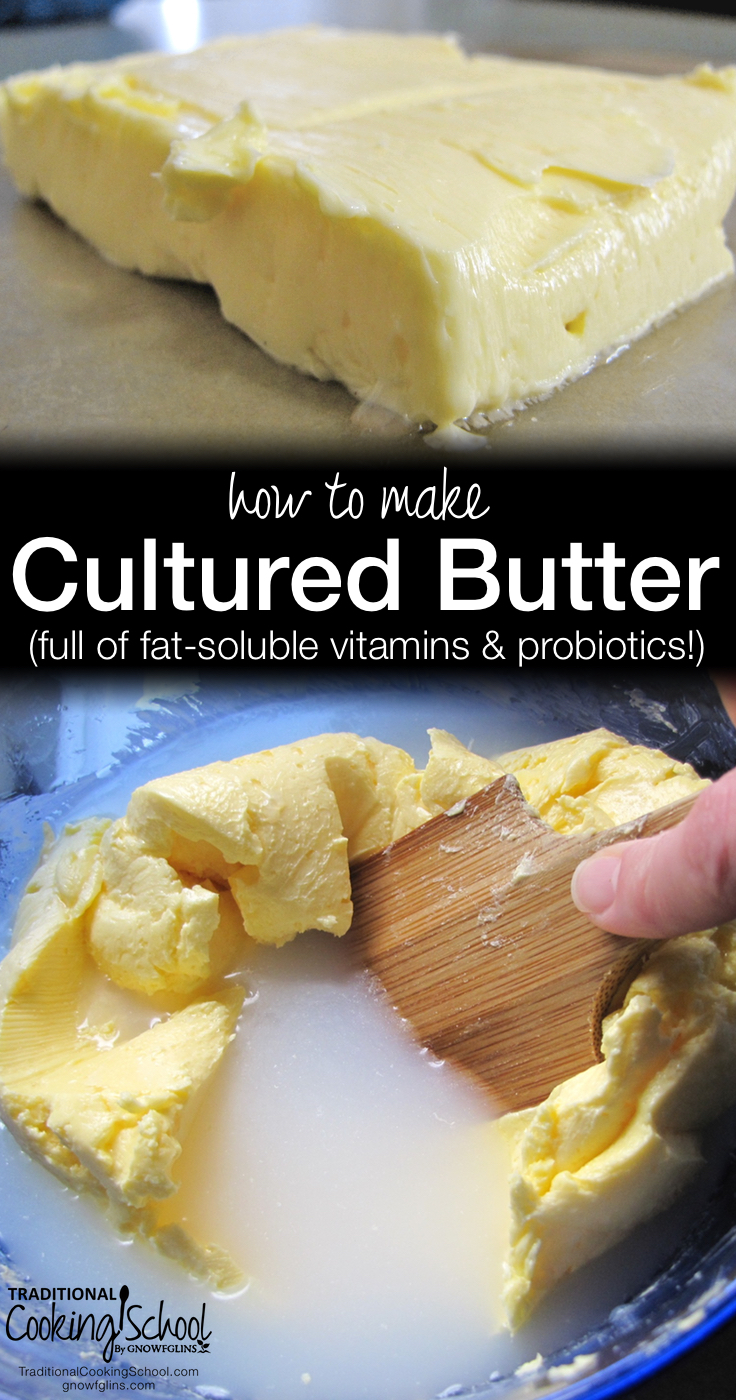 Ready to make some cultured butter?

It starts with cultured cream… and it's so easy! Not to mention, full of fat-soluble vitamins and probiotics. 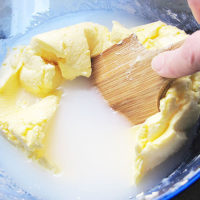 How To Make Cultured Cream

There are a couple ways to turn sweet cream into cultured cream. All methods are below. Whichever way you choose, the cultured butter will be delicious and full of beneficial bacteria!
Course Condiment, Cultured
Author Wardee Harmon

How To Make Cultured Butter (All Methods)

**I actually use the above method #3 (Refrigerator Culture Method). I collect cream from the top of our jugs of raw milk and even our already-cultured raw yogurt. Then I let it sit in the fridge in jars, slowly culturing, while I build up enough to make a big batch of cultured butter. I then move it to room temperature a couple hours before I start to make the butter.

Enjoy slathered on fresh toast, or with your morning eggs, or however you desire!

Have you eaten or made cultured butter? How do you like it?