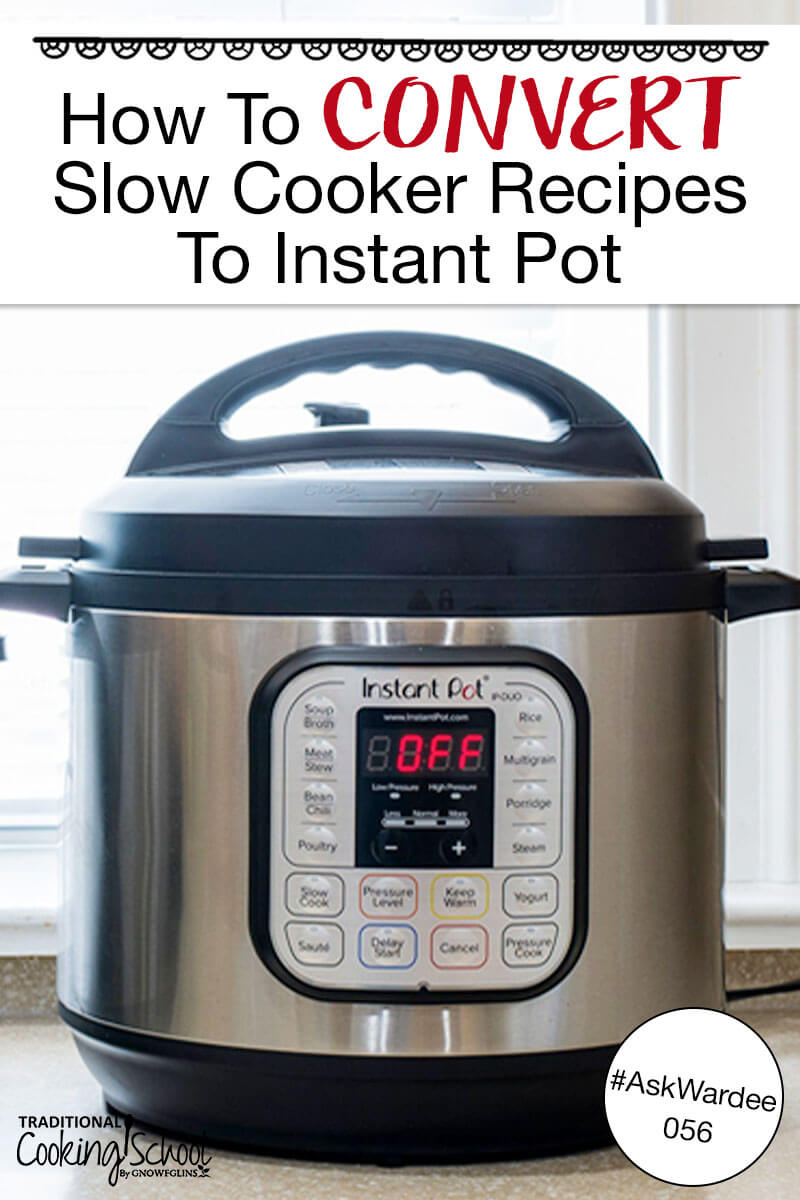 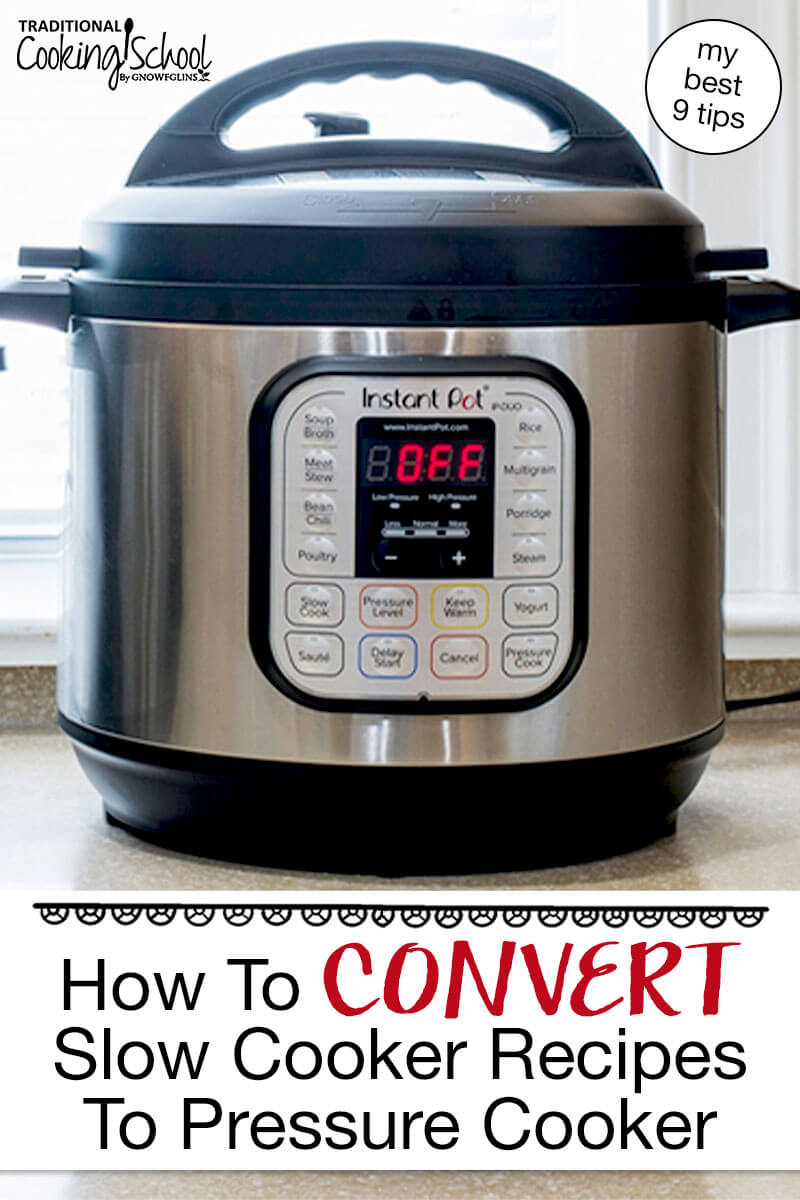 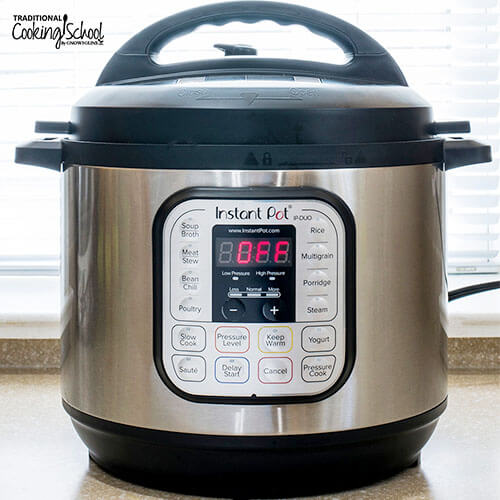 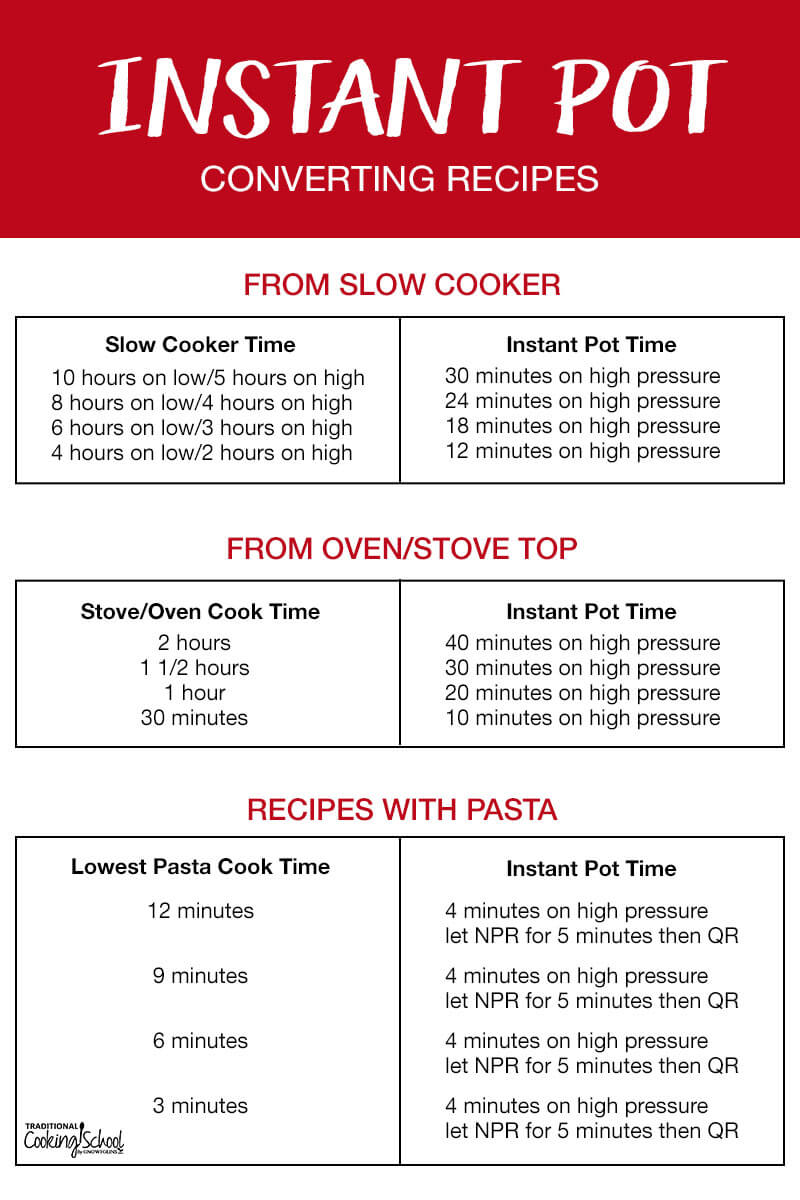 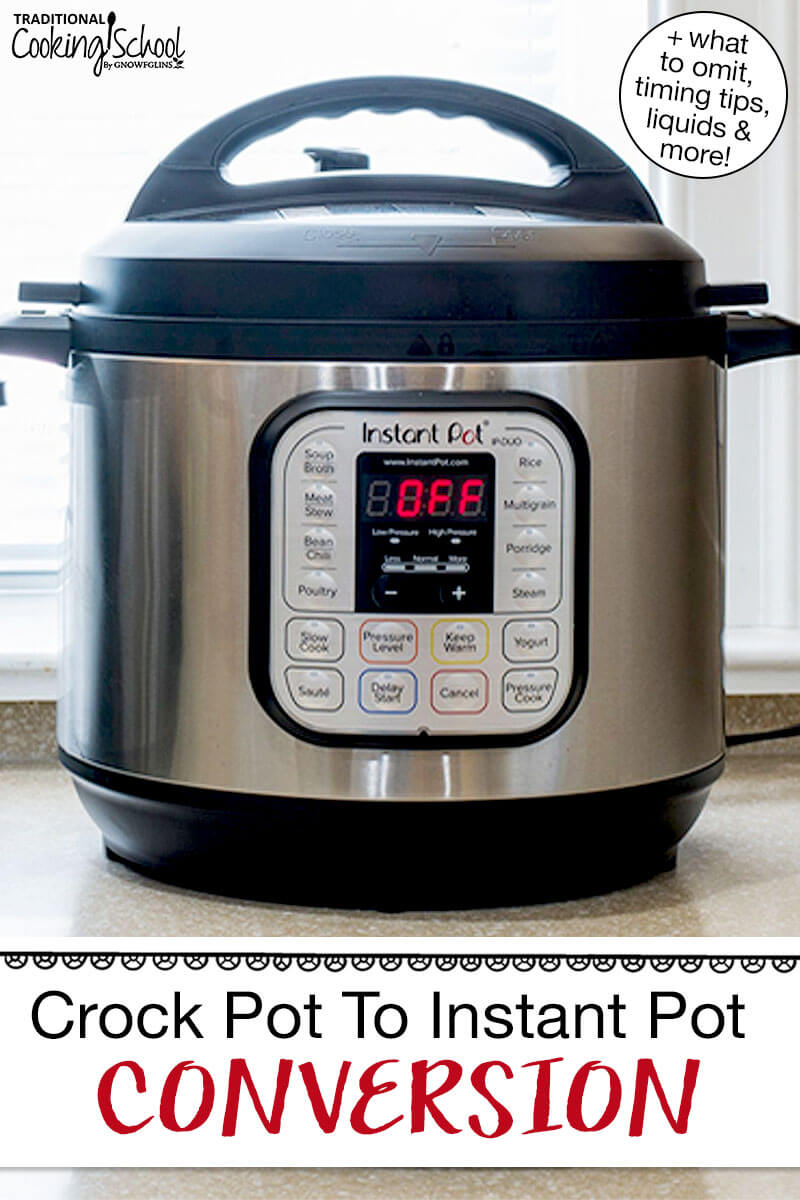 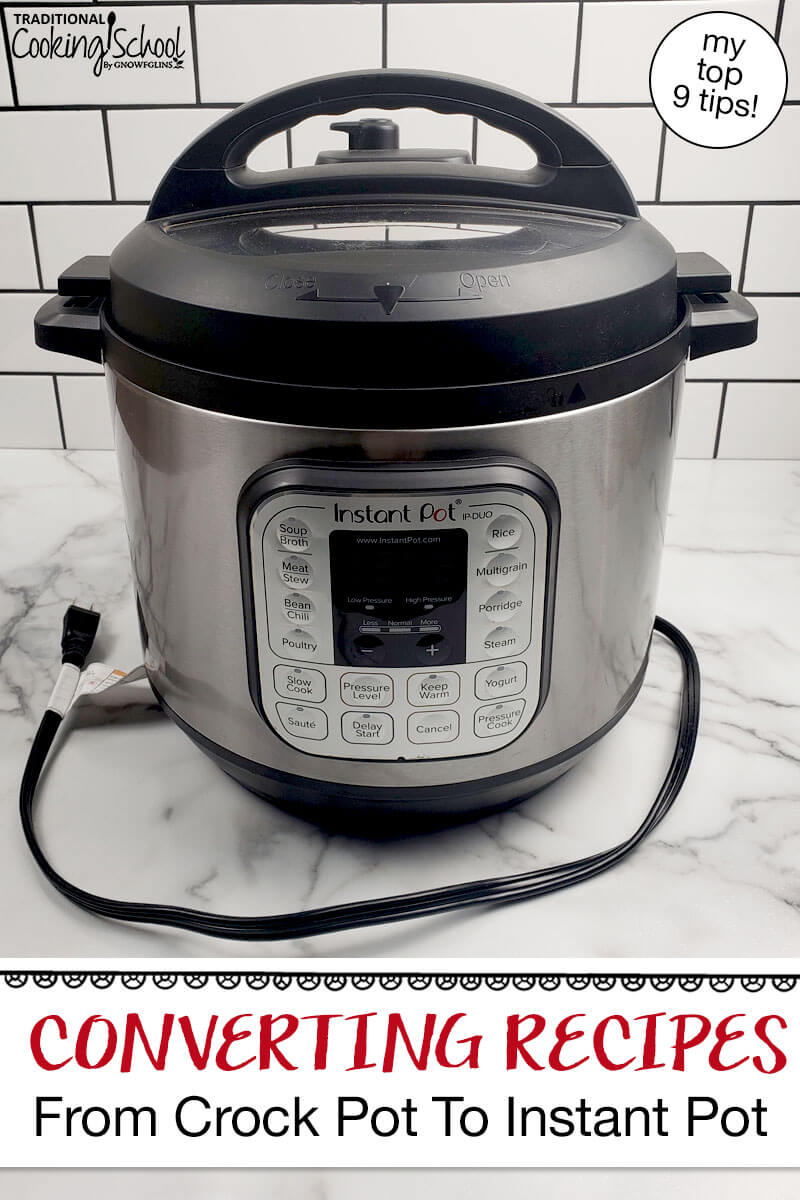 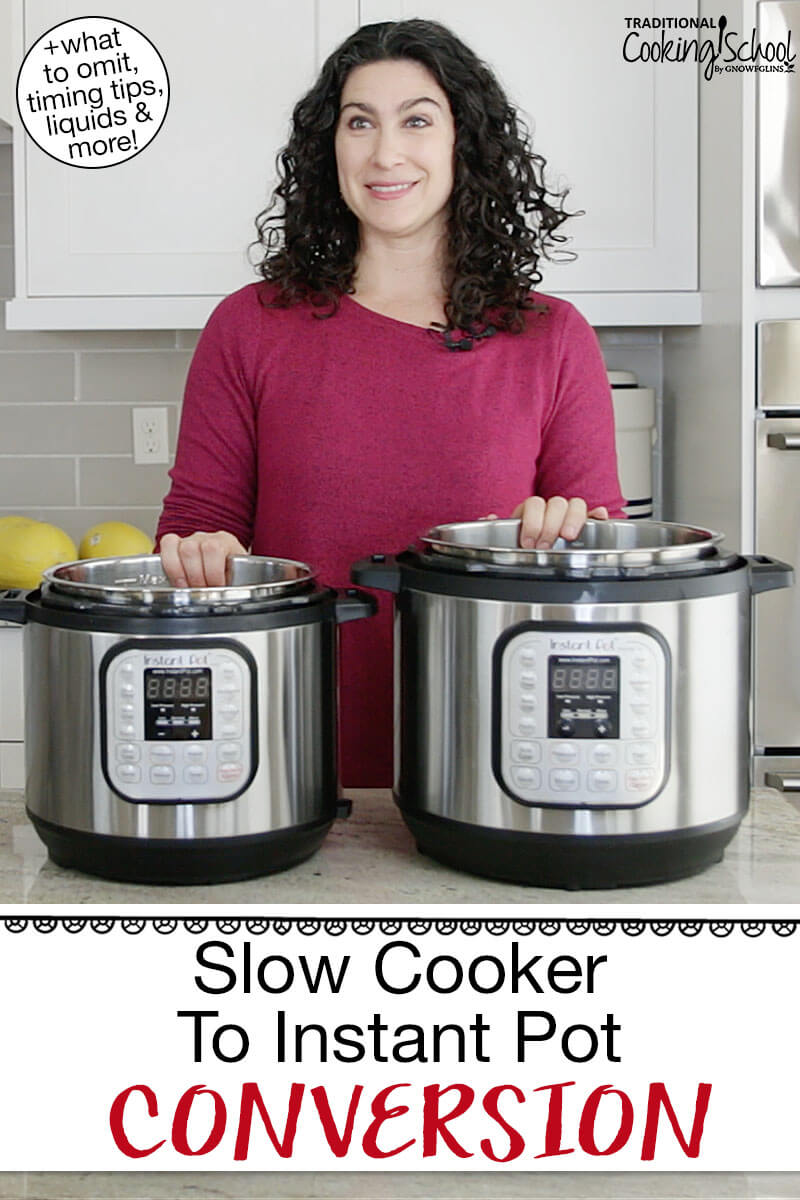 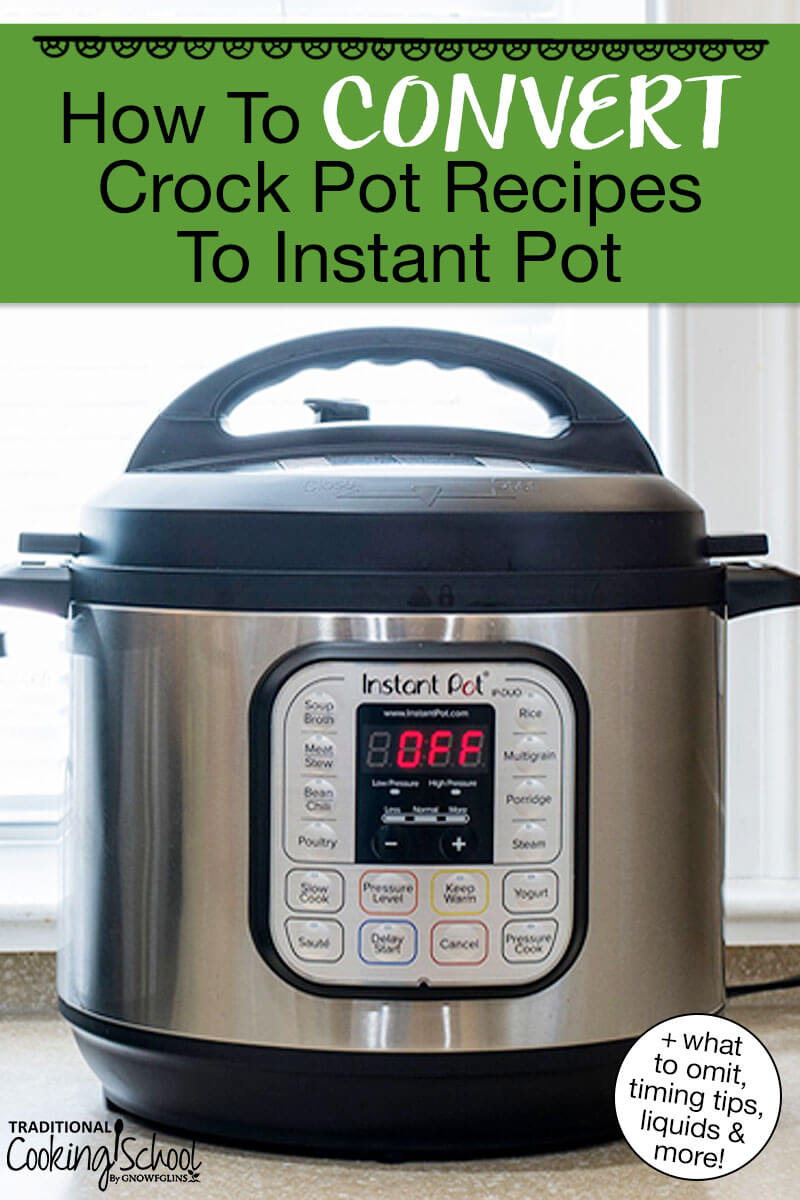 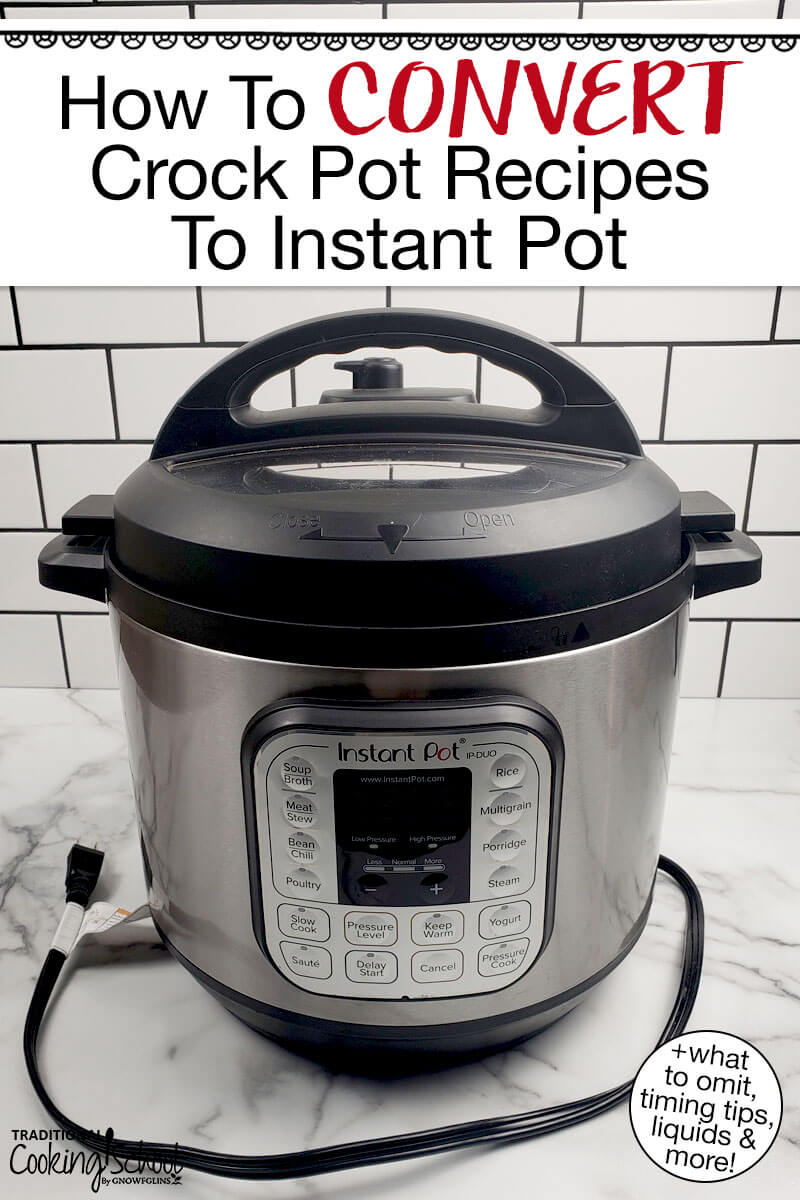 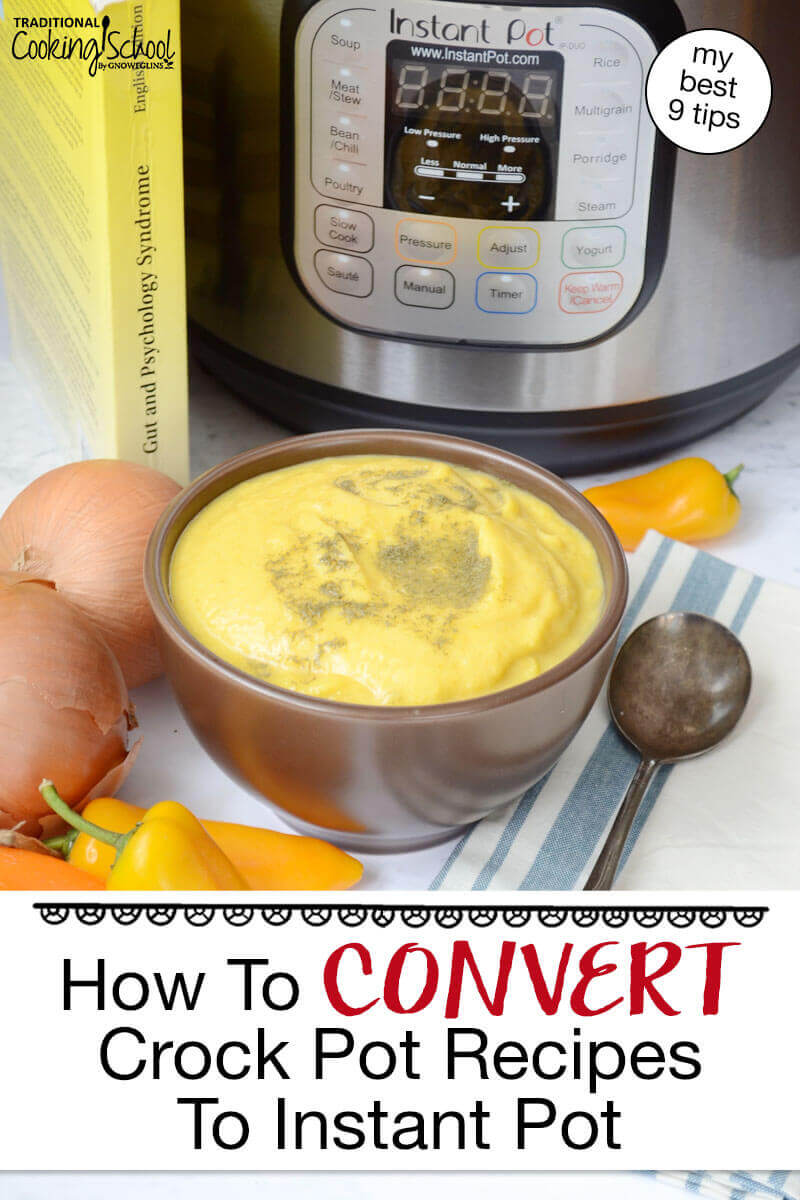 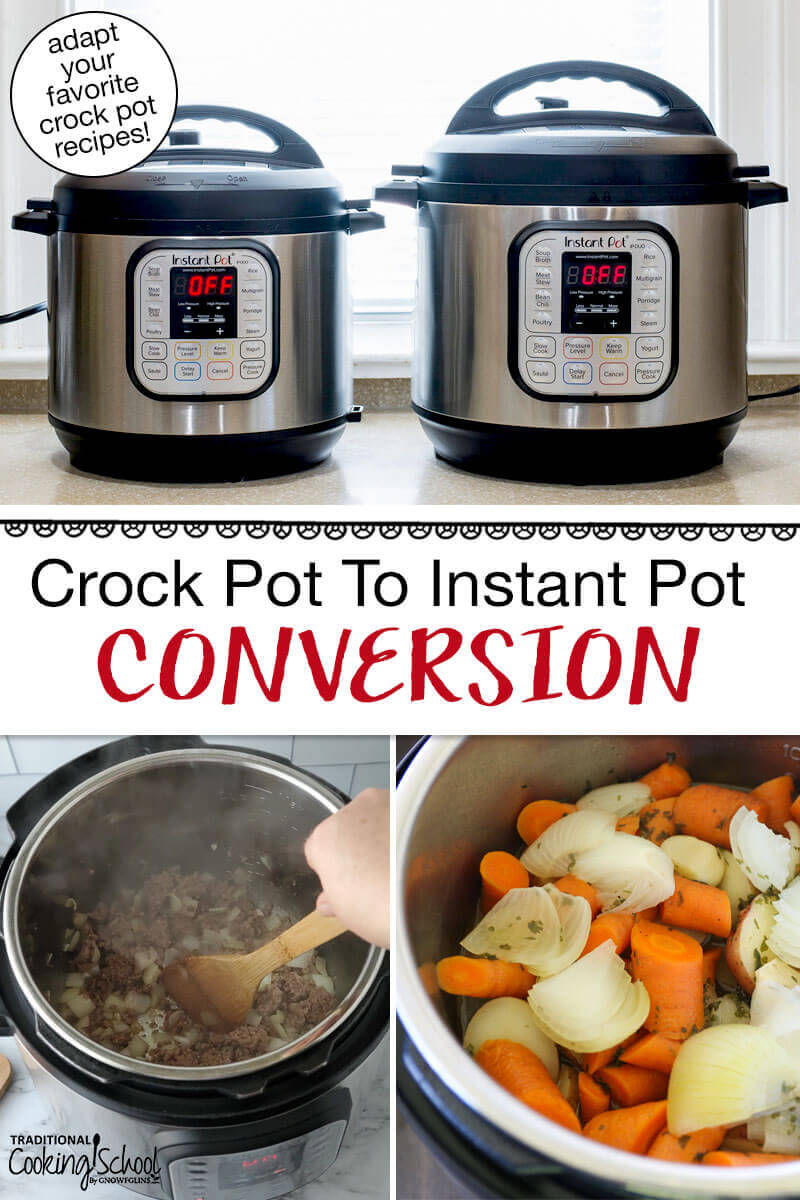 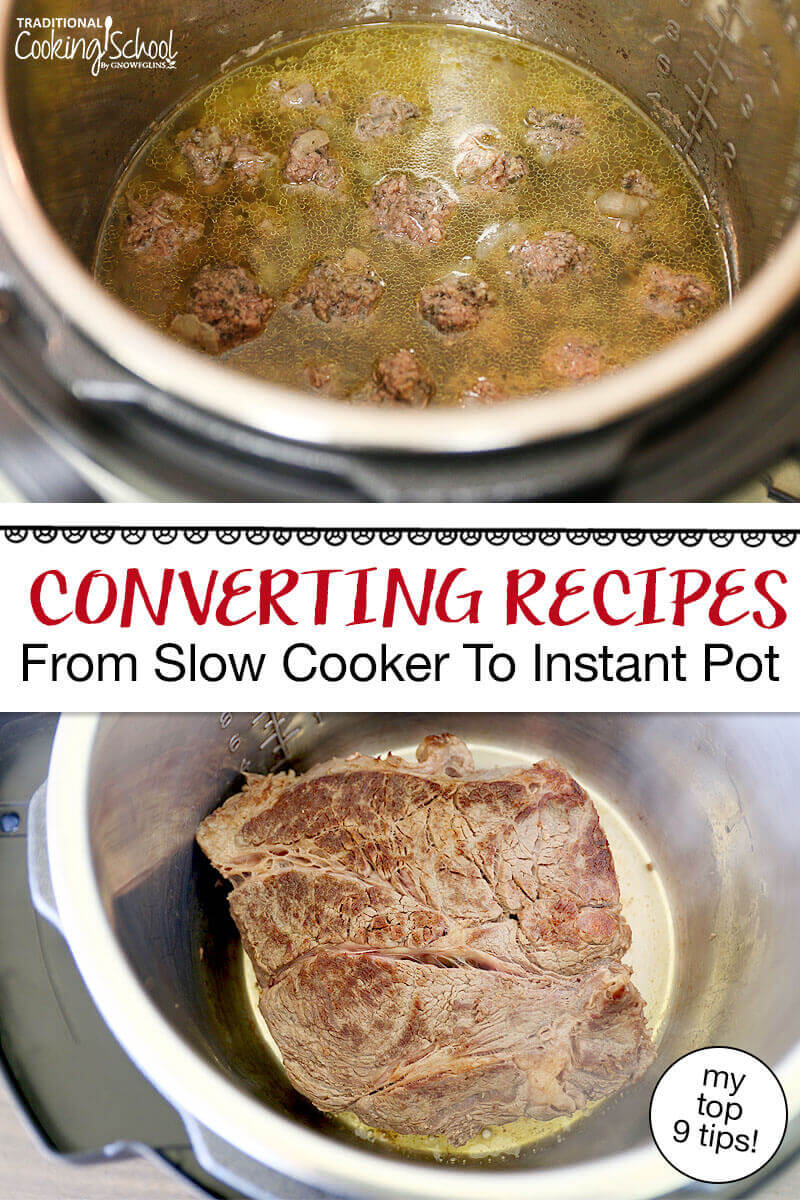 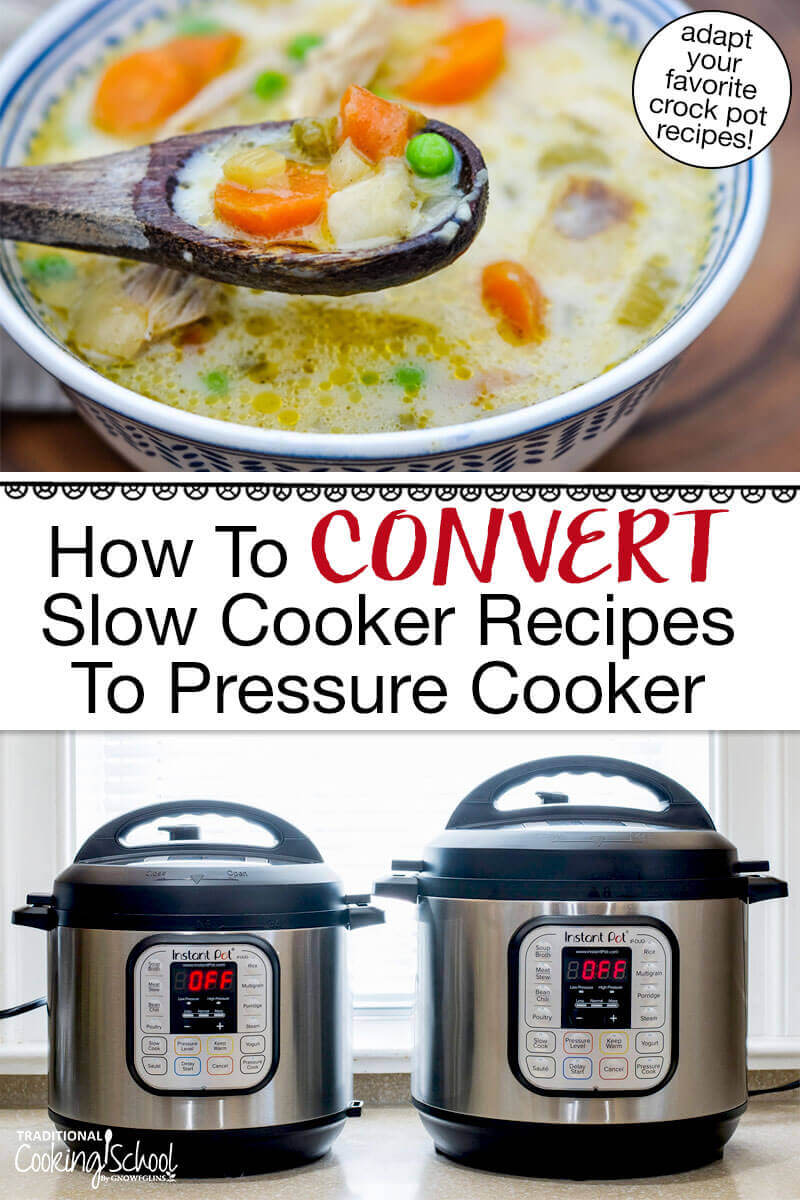 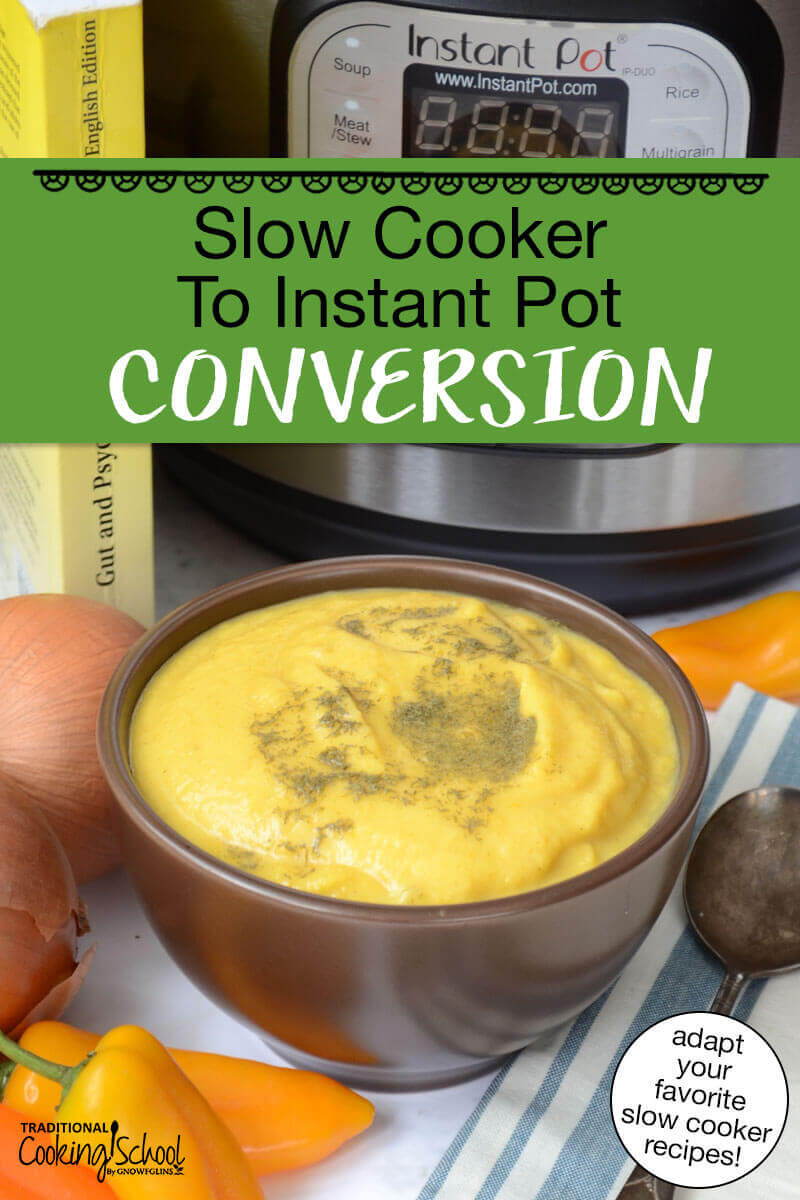 Trying to figure out how to convert slow cooker recipes to pressure cooker? Or Instant Pot? You’re not alone! With a few simple methods, you can easily convert your recipes and cook them in a fraction of the time using our favorite appliance.

I’ve been asked many times if it’s possible to convert recipes (such as a slow cooker recipe) to make them work with the Instant Pot.

However, there are a few things you’ll need to take note of, so continue reading (or watch the video below) for all my best tips…

In today’s #AskWardee, I’m going to tell you how to do it. Just follow a few simple principles to convert your slow cooker recipes to pressure cooker (or Instant Pot) and you’ll be off to the races!

Some Crock Pot recipes aren’t good candidates for pressure cooking. Here are a few guidelines to help you figure out if your recipe will convert well (you can also use these guidelines when creating pressure cooker recipes). 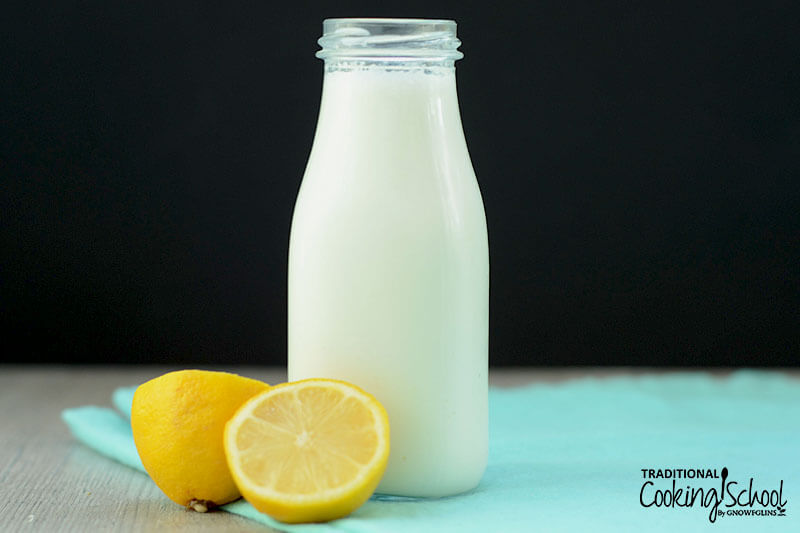 Milk (or dairy products) glob up under pressure so they’re not a good choice for cooking under pressure. (They can be added or stirred in or simmered at the end.)

Wine doesn’t evaporate under pressure, so it stays tart and raw. Again, you can add wine at the end and simmer (with the lid off and not under pressure).

Finally, thickeners, such as cornstarch or arrowroot, should not be cooked under pressure. Instead, mix them with water and whisk them in at the end with or without some heat. Often I add arrowroot at the end and the dish is still so hot there’s no need to have it on the “Sauté” function.

That’s OK for most ingredients when converting to the pressure cooker, but I guarantee your veggies will be mush if you add them at the beginning.

Check your manual, this online chart, or Lorna Sass’ book Pressure Perfect for timing on different food items. Go with the timing on the food that needs the longest time.

If you’re pressure cooking a baked dish — such as a crisp, quiche, or bread — you’ll put that batter/mixture in a baking dish and put that inside your cooker on a rack. Make sure to pour the minimum amount of water (1 or 2 cups) inside the cooking unit (so it surrounds your baking dish but is not inside the dish itself). 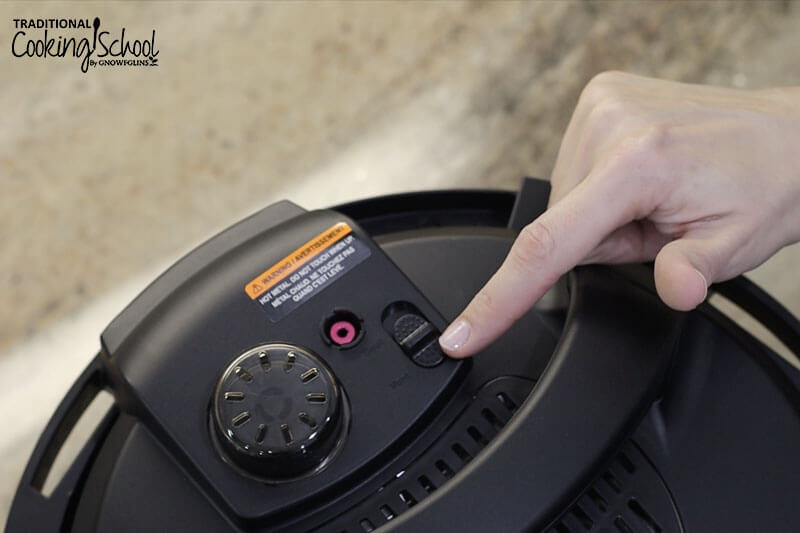 Meats generally do best with a natural release. I make exceptions when I’m doing a recipe in stages — like I need to add vegetables and cook more. In which case, I do a quick release, add the veggies, and add a few minutes under pressure, then quick release again.

So, put the Instant Pot on sauté. (Or put your stove-top cooker on medium to medium-high heat.) When it’s hot, add some cooking fat. Put your meat in and brown on all sides. If you have many pieces, like 8 chicken thighs, do them in stages so they’re not overcrowded.

Don’t forget, the Instant Pot has a slow cooker function. Get this glass lid and it’s just like your slow cooker! Sometimes, you might not want to convert a slow cooker recipe because you’re going to be out all day anyway…